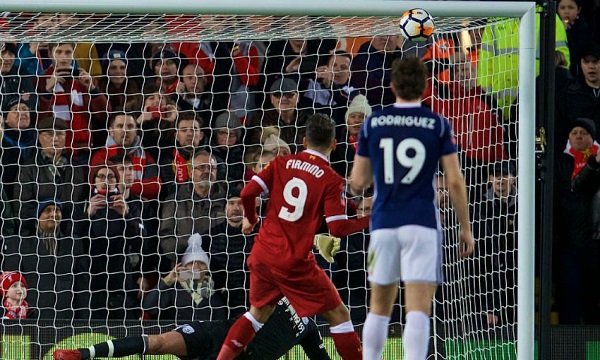 Now staring down the barrel of yet another trophyless season, Liverpool crash out of the FA Cup in the fourth round for the third successive season in a row with West Bromwich Albion claiming a famous victory at Anfield.

The Baggies, who have won only a single league match since August, immediately struck back through Jay Rodriguez after Roberto Firmino put the hosts ahead less than 10-minutes in to proceeding. Rodriguez diubled up before VAR took center stage, chalking off another West Brom goal for offside and awarding the Reds a penalty at the other end after Mohamed Salah was hauled down in the box. Unfortunately, it wouldn’t make a difference — Firmino crashed the resulting spot-kick against the crossbar and Joel Matip’s own goal meant that Liverpool still went in to the break trailing by a pair of goals.

Liverpool regained their composure after the restart, but the quick goal they needed to start the second half never did materialize. A triple change from Reds boss Jurgen Klopp saw the hosts finally take the upper hand in the midfield battle, but by the time Salah pulled one back in the 78th minute it was too little too late as the Baggies held on for a morale boosting victory on Merseyside.

“It’s obvious what we did wrong in these situations. The second goal was just, wow, really bad defending from the whole group. That’s not how defending should be,” said Klopp, sounding exasperated. “We had to show character in the second-half. We chased the game and maybe scored the second goal too late. When you start how we did you cannot play your best football game,” conceded the German manager. “They tried to save some time – which was normal – and in the end, West Brom deserve it because they scored three goals and we only scored two. They did well and fought with passion. But we have only ourselves to blame.”

When you support the Reds, you’re used to shifting from highs to lows and back again, but this is a bit much. If the win over Manchester City showed us that we can swing with the best of them, back to back losses to the bottom two teams in the league is a reality check if I’ve ever seen one.

The fact that we were far too narrow in the first half and lacking a creative spark in midfield throughout is frustrating to say the least, but the fact that we just can’t seem to sort things out at the back — despite adding a world class defender to the mix — just re-inforces the notion that we’ve got problems all over the park. Trent Alexander-Arnold’s relative inexperience showed today, but it was Emre Can that was the most disappointing with the German midfielder failing in his defensive duties in the build-up to each of the goals.

Unfortunately, the blame game is all we’ll be playing until next season. Out of both domestic cups and with the prospect of winning the Champions League a mere pipe-dream, it’s going to be another trophyless year at Anfield — a scenario that we’re getting far too accustomed to.