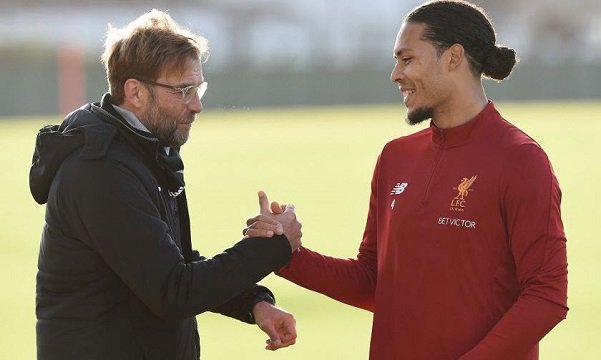 If the first month of the year was a tough one on the nerves for Liverpool fans – both on and off the field – things are unlikely to get much easier in the coming weeks.

In fact, one could argue it’s going to get worse, with four of the next seven games as important as any the team have played all season, and five weeks that will go a long way towards defining the 2017/18 campaign.

January was certainly anything but quiet for the Reds and a rollercoaster of emotions, with the arrival of Virgil Van Dijk quickly followed by the departure of Philippe Coutinho, and back-to-back losses to the current two worst teams in the Premier League coming on the heels of a thrilling victory over leaders Manchester City.

Overall, it was a bewildering month that showcased the best Liverpool have to offer as well as the defensive frailties that continue to plague the team.

Van Dijk was brought in to shore up those frailties, but instead of him bringing the team defense up to his level, thus far they seem to have brought him down to theirs.

Patience, however, is required as he adapts to his new surroundings, new teammates and a new system, and this is a signing that most believe will pay dividends.

The FA Cup loss to West Bromwich Albion – yet another early exit – was particularly disappointing as it ended any realistic ambitions of a trophy this season.

And with just one trophy dating back to 2006, this is more than just frustrating for the fanbase. It’s embarrassing for a club of the stature of Liverpool, a club that belongs among Europe’s elite.

But at the same time most Liverpool fans believe manager Jurgen Klopp is building something special right now, and remaining in the Champions League for next season is crucial to that momentum, both psychologically within the current squad and in attracting potential big names in the summer.

Which makes finishing in the top four more important than winning the FA Cup.

So from that perspective, the Reds are right where they need to be heading into February, sitting third in the standings on goal difference and two points clear of fifth-placed Spurs in what has now become a five-horse race for the top four.

Tuesday’s businesslike win over a Huddersfield Town team lacking equally in ambition and talent was the perfect way to cap a bittersweet month.

The next seven games, however, include all-important league showdowns at home to Spurs (on Sunday) and at Old Trafford (March 10), as well as home and away ties against Porto in the Champions League.

If the Reds are to continue to evolve under Klopp, they must avoid pulling an Arsenal and advance past the round of 16 in the Champions League against beatable opposition.

Europe is where you make a statement of ambition, not just to your own fans but to the entire continent, and playing consistently among Europe’s elite is how you attract and keep top players.

Advancing to the quarterfinals would be a fantastic occasion for Reds fans, and it would signal another step forward for the club under Klopp.

If January was tough on the nerves, the next five weeks will be every bit as challenging.

Fasten your seat belts, it’s going to be a fun ride.