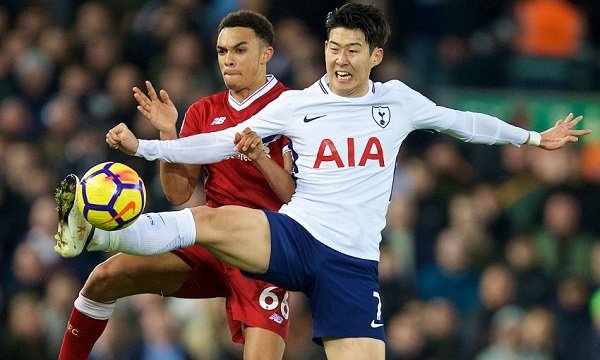 The arguments for VAR to be used full time in the Premier League only got louder today as some late drama at Anfield saw Tottenham Hotspur strike from the spot in the final minute to secure a controversial draw with Liverpool.

Reds attacker Mohamed Salah bagged his 20th goal of the campaign when he capitalized on Eric Dier’s mistake to slot past a helpless Hugo Lloris a mere three-minutes in to the match, but looking like the levy was ready to break, the expected deluge of goals never arrived as the North London side weathered a stormy first half.

Much better after the break and attacking in waves, the visitors were having a go of it and were given their just rewards when Victor Wanyama’s thunderbolt drew them deservedly level. Rock solid up until this point alongside the commanding presence of Virgil van Dijk, a predictable bobble from Dejan Lovren saw the Croat make a hash of what should of been a simple clearance as the ball trickled through to Tottenham striker Harry Kane — who, replays showed, is in an offside position.

No flag was raised and no whistle was blown, but when the Englishman attempted to round the onrushing Loris Karius, he went down under minimal if any contact being made between the two. Pointing immediately to the spot, a moment of reflection followed as referee Jon Moss ran to the sideline to consult with his assistant with protests swirling around him.

If VAR is used that’s never a penalty, but the poor effort from Kane — struck with no real purpose straight down the middle — ends up comfortably in the hands of Karius after the German stood his ground.

Moments later it’s pandemonium in Anfield; Salah has his 21st, his mazy run ending with the Egyptian dinking one over Lloris in what should be a spectacular winner for a pulsating match, but it was never to be.

Again, replays suggest that minimal contact was made between the pair, but Eric Lamela went to ground as though he’d been absolutely clattered by Van Dijk after the Dutchman pulled out of an attempted clearance. Anywhere else on the pitch and it’s highly unlikely that “foul” is given — a call as harsh as it is dubious, but Moss, who initially waved protests away, points to the spot and Kane makes no mistake with what was effectively the last kick of the match.

Spoils shared and the race for a Champions League spot remains as tight as ever. Taking a step back, maybe that’s a fair result given our inability to get things together in the second half, but it’s a bitter pill to swallow no matter how you try.