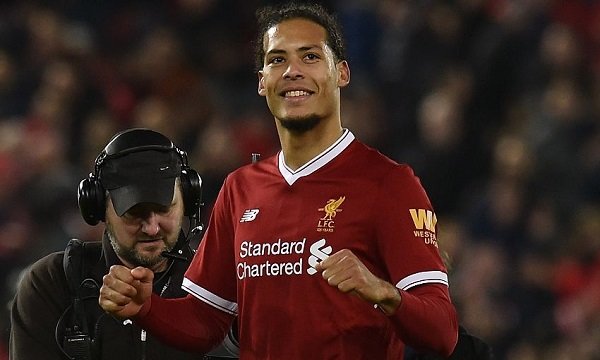 In the wake of the 2-2 draw with Tottenham Hotspur on Sunday there’s been accusations and denials, but there’s also been some real honesty coming from the Liverpool defense with Reds defender Virgil van Dijk admitting that he’s still adapting to life at Anfield and the high-octane tactics employed by the gaffer.

After a prolonged chase and threats of an FA charge, when Liverpool finally signed the Dutchman from Southampton it felt like we’d hit the jackpot at one of the best online casinos. Although he was being tipped to fix all our defensive problems and then some in one fell swoop, the fact of the matter is that it’s going to take a bit more than one player — and a handful of matches — for us to get things sorted.

“I have been out for eight months – last January until September really – and I didn’t play at Premier League level,” explained the former Saints man, speaking to the club’s official website. “The football we play, the pressing, the different options with players, it is totally different,” continued the van Dijk, waxing lyrical on the style of football played on Merseyside. “So you need time to get used to everything but I am working on it every day together with the team. I am talking with the manager and everyone who can help me out.”

While drafting in a no nonsense partner in the vein of Napoli hard-man Kalidou Koulibaly will almost certainly be a priority this summer, the club have already taken steps to bolster their back-line. The winter transfer window has been closed since the start of the month, but that hasn’t stopped Liverpool from drafting in fullback Anderson Arroyo from Colombian side Fortaleza.

The 18-year old, who was immediately farmed out to Spanish third tier outfit Real Mallorca for the next year and a half, have confirmed that the deal to bring him to Merseyside was actually agreed in January after he completed a trial with the U-18 side last year. Making 22-appearances for Fortaleza over the past three years, Arroyo has caught the eye of a number of teams, but it was the Reds who moved first to snatch him up.

Since he has yet to play for the senior Colombia team, a work permit will need to be secured before he’s able to play in England. In the meantime, he’s sure to get a lot of experience on the continent as table topping Mallorca push for promotion back to the Segunda Division.