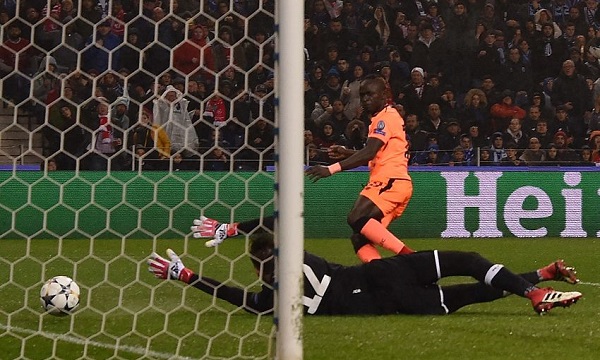 FC Porto said they’d “blunt” Liverpool’s attack in the first leg of their Round of 16 clash at the Estadio do Dragao, but the Portuguese side can all but kiss the Champions League good-bye for another season as the Reds ran riot on the Iberian Peninsula.

First half goals from Sadio Mane and Mohamed Salah capped off an absolutely dominate first half and the Anfield outfit never let up after the break as a slick Roberto Firmino strike sandwiched the Senegalese speedster’s pin-point effort from 20-yards to cap off his hat-trick — the first Liverpool player to claim a European treble away from home for the better part of sixteen years.

For all the hype surrounding the Dragons impressive 24-match unbeaten run, the Portuguese champions were well and truly overrun by their Scouse visitors. 55% of the possession, 14-shots and enough blistering counter-attacks to fill out the highlight reel, Jurgen Klopp’s side not only gave themselves an unassailable lead going in to the second leg, they sent out a resounding message to their potential quarter-final opponents.

“Yes. You could say that of course,” said the gaffer when asked if this was the perfect performance. “It was very professional, very mature in the right moments, very aggressive, good defending, good counter-attacking, keeping the ball, moving them around,” continued the German, clearly pleased with what he saw. “In this game it was possible, usually it’s not that easy,” conceded Klopp, flashing a cheeky grin. “It was hard work but at the end the boys enjoyed the work and that’s the most important thing.”

Despite some flashes of real attacking brilliance from the likes of Yacine Brahimi and Otávio who caused Reds youngster Trent Alexander-Arnold a bit of bother in the early going, in the end Porto could only muster a mere three shots on target — for the most part easy pickings for Reds ‘keeper Loris Karius. Where the hosts were tentative, their visitors were decisive; keeping things tight and shifting from defense to attack quicker than the traveling Kop could belt out the Mo Salah song.

The Egyptian, who hit 30-goals for the season with his calm as you’d like first half finish, will get his share of the plaudits, but it’s Mane that will rightfully dominate the headlines. On the night, you’d never know that the winger is supposedly out of form or off the pace. Porto shot-stopper Jose Sa could have done better to keep out his first and spilling Firmino’s effort in to the path of the Senegalese attacker made his second easy pickings, but he left absolutely nothing more to talk about when he whipped in a third from distance to close out the kind of night you don’t soon forget.

Klopp, for his part, will shift his focus to Liverpool’s warm weather training camp in Marbella as they enjoy the extended break until the meeting with West Ham United, but on the back of Porto’s heaviest home European defeat in their proud history, Dragons boss Sergio Conceicao will be looking to move on for an altogether different reason — and hope that he can salvage some pride when they visit Anfield in two weeks time.