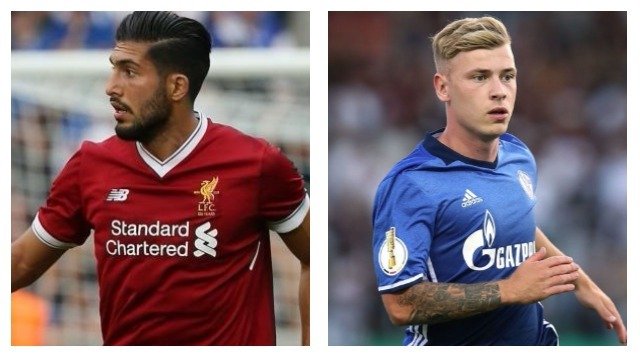 With his contract situation still unresolved, it looks like Liverpool midfielder Emre Can is going to keep us waiting before revealing where he’ll be playing football next season. Although he hasn’t ruled out putting pen to paper on a deal that would see him stay at Anfield, it looking increasingly likely that the 24-year old will leave at the close of the campaign. Juventus, of course, have been his most public suitor, but even the Old Lady knows nothing for sure.

“Emre Can is one of the most desirable players, for his ability and also because, as you know, he’ll be a free agent in June,” said Juve general manager Giuseppe Marotta. “It’s normal that situation has attracted a number of suitors for him as a player, we’re doing and we have done our path. We know there are other clubs competing for him and these clubs are definitely among the best in the world, the fact remains that, as I always say, a player’s destiny is in his head,” explained the Italian. “So if he decides to come to Turin with Juventus we’ll be happy, and if he decides to join another team then we’ll exploit another opportunity.”

Should Can hit the bricks, the arrival of Naby Keita from RB Leipzig in the summer should help soften the blow, but the Reds will still need to keep their eyes and ears open for reinforcements — and there’s been no shortage of names linked with a move to Merseyside.

After missing out on Bayern Munich bound Leon Goretzka, it could be another Schalke player that comes in to fill the gap with the name of perennial Liverpool target Max Meyer doing the rounds yet again. The 22-year old, who is out of contract this summer and yet to sign a new deal to keep him at the Arena AufSchalke, is also being watched closely by North London duo Tottenham Hotspur and Arsenal and will reportedly make a decision later this month.

“We are going into two and a half incredibly important months for us,” stressed Schalke executive Christian Heidel. “I want the focus to be on our goals in the league and cup and I want the other things to be resolved,” hinting towards Meyer’s ongoing contract negotiations. “Everything’s been said, now it must be decided,” added the German. “We can’t accept a decision three match days before the end of the season because we can’t plan [for the new season].”