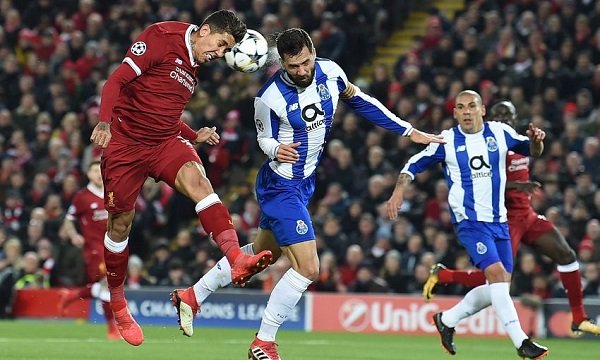 Maybe calling it a “professional performance” is laying it on a bit too thick, but with little threat of FC Porto fighting their way back in to contention at Anfield, Liverpool were able to ease back on the throttle as they coasted in to the Champions League quarter finals for the first time since the 2008 – 2009 season.

With their first leg victory in Portugal always going to be enough to see them through, this comes as no real surprise. The hosts, who were able to give a number of key players some much deserved rest ahead of their top four clash with bitter rivals Manchester United at the weekend, were in control throughout and always looked the most likely to score bar the briefest spells late in the second half.

After the goal-fest that was the first leg, you’d expect more of the same, but the ball just wouldn’t go in the net. Sadio Mane, who scored a hat-trick in the reverse fixture, went agonizingly close midway through the opening period when his shot ricocheted off the inside of the post and just after break Roberto Firmino looked set to finally break the deadlock when some clever passing saw the Brazilian break through the Porto lines only to have Felipe recover in time to block the Brazilian’s shot.

Only the last ditch intervention from Liverpool duo Ragnar Klavan and Dejan Lovren kept Oliver Torres from chalking up a consolation goal for the excellent traveling support while moments later at the other end of the pitch Danny Ings missed out on his first Champions League goal when his header was well saved by Porto ‘keeper Iker Casillas — possibly the last save he’ll ever make on Europe’s biggest stage.

Professional performance? That’s just a fancy way to say we got the job done.

“It wasn’t the most exciting game but we controlled it, had a few chances, got a clean sheet and gave some boys some minutes,” said Reds boss Jurgen Klopp, sounding content following the final whistle. “I am pretty sure it is rare to have a game like this in the knockout stages,” continued the German, pleased with the performance. “We needed to be serious and we were so all good. Of course, we want to win two games at this stage. When you watch the game you always think ‘oh come on, a little bit more here or there’ but they did well and it is all good,” added the gaffer. “The attitude was outstanding.”

We’re still a ways off from being one of the proverbial teams to beat, but who’d choose to play us? With a front three capable of working miracles and a defense that’s improving week over week, a team that’s been a dark horse since we got started in this competition back in August is in the quarter-finals and looking like they’ve got a real shot of making the final four. And from there? Let’s not get ahead of ourselves, shall we?