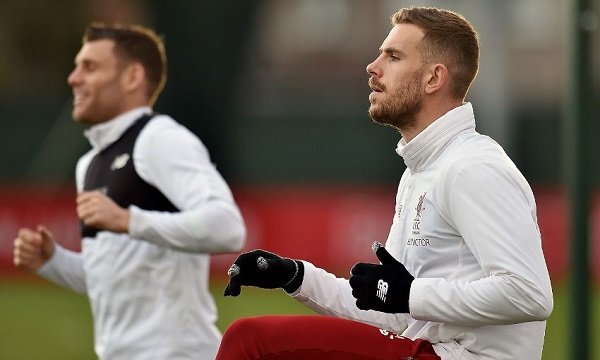 Missing out on a chance to push their bitter rivals out of second place, Liverpool’s hiccup at Old Trafford last weekend saw the Reds fall in to fourth place after Tottenham Hotspur eased past AFC Bournemouth to leap-frog the Anfield outfit and claim third place.

While the big news today is that Liverpool will square off with Premier League leaders Manchester City in the quarter-finals of the Champions League, domestic matters have to take center stage with Watford FC visiting Merseyside tomorrow. The Hornets, who grabbed a dramatic injury time equalizer to open their campaign with a thrilling 3-3 draw at Vicarage Road on the opening day of the campaign, won’t be bothered one bit by the Reds European exploits and if they can take advantage of the distraction that’ll do them just fine.

That might be hard to picture considering Javi Gracia’s side have lost all but one of their last eight away games in the league and their ongoing injury problems, but we’ve seen stranger things happen. Watford attacking duo Isaac Success and Gerard Deulofeu will miss the trip as will midfield trio as will midfield pair Tom Cleverley and Nathaniel Chalobah and injury prone defender Younes Kaboul as he continues his recovery from a broken metatarsal.

Despite being thumped by Arsenal the last time out, the Hertfordshire club remains a respectable nine-points clear of the drop zone with eight matches left to play. Troy Deeney’s strength in the air and the craftiness of Richarlison could cause their hosts some problems, but they’ll need to do quite a bit better after failing to find the net in their last four trips away from home.

“We expect from ourselves that we win football games, especially if we lost a game like the last one,” explained Reds boss Jurgen Klopp in his pre-match presser. “In an ideal world you play three hours later and change your own mood,” mused the German, waxing lyrical. “So we keep that kind of revenge feeling or whatever during the week because we have to and we want to go back immediately to the other side, the winning side.” 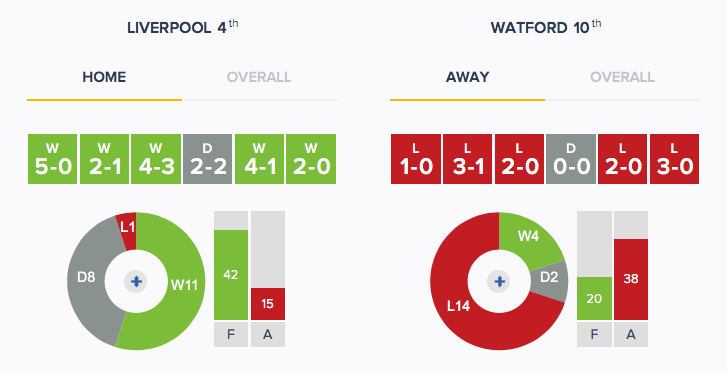 Beside long term absentee Nathaniel Clyne, Liverpool have no fresh injury concerns going in to Saturday’s kick-off. After missing out against United, skipper Jordan Henderson could return to the side and considering we’re playing on home turf — and he only scores when we’re at Anfield — he could be joined by Georginio Wijnaldum after the Dutchman’s cameo at Old Trafford.

Reds attacking trio Sadio Mane, Roberto Firmino and Mohamed Salah, who bagged his first of the campaign, all scored in the reverse fixture and all eyes will be on them again tomorrow after drawing a blank last weekend. The three of them have combined for an impressive 45-goals in the Premier League this season — six more than Watford have been able to muster between the lot of them. You have to go back almost ten years to find the last time the Hornets won away at Anfield and if you look at the way they’re leaking goals — a nice solid 50 thus far this season — it wouldn’t be a stretch to say that their wait will most likely be extended.

You could argue that the drawing City in the Champions League and all that entails will be a major distraction, but would be laying it on a touch thick. With only eight matches left to play and Chelsea hot on their heels, securing a spot in Europe next season has been top of the agenda for some time now and absolutely nothing has changed. We’ll deal with the Citizens in due course…