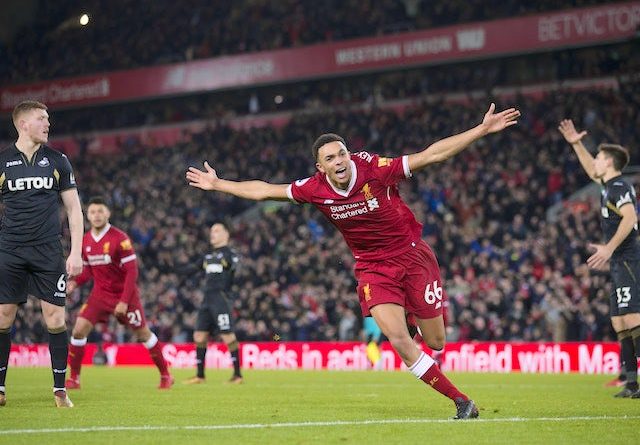 Thank goodness the International break is over! I hope you’ve managed to survive watching Mo Salah, Virgil van Dijk and co. playing for their sides and praying they don’t get injured.

Liverpool travel down south to enjoy being hosted by Crystal Palace — a team that, in the past, Liverpool have feared, but, going by contemporary performances, Liverpool’s tendency to drop points against the ‘smaller’ clubs seems somewhat of a myth.

Three points for the Reds would put us into second place — albeit probably temporary — and the pressure that will put on our top four rivals is very important.

If we aren’t careful, it’s possible that Spurs and Manchester United both sit above us by the end of Easter weekend…but that would require us to draw and Spurs to win 7-0.

A win for Palace would be a huge step in the right direction for Roy Hodgson’s men as they look to further distance themselves from the relegation zone — something they’re teetering on the edge of and will be in if Southampton and West Ham win and Palace lose.

I mentioned injuries on the international break just a little while ago…well, we didn’t get off entirely; it seems Joe Gomez will sit out the next few games, meaning Trent Alexander-Arnold will definitely be drafted in if Jurgen Klopp deems it too soon for Nathaniel Clyne.

Emre Can is also suffering from a bad back and will be sitting out the next few games. Andrew Robertson, Dom Solanke and Dejan Lovren are also slight doubts but should be available.

Palace aren’t in great shape — on the field or in the physio room; they’ve got ten players currently injured. Here’s the players who are doubts for the Liverpool game: Alex Sorloth, Wilfried Zaha and James Tomkins. 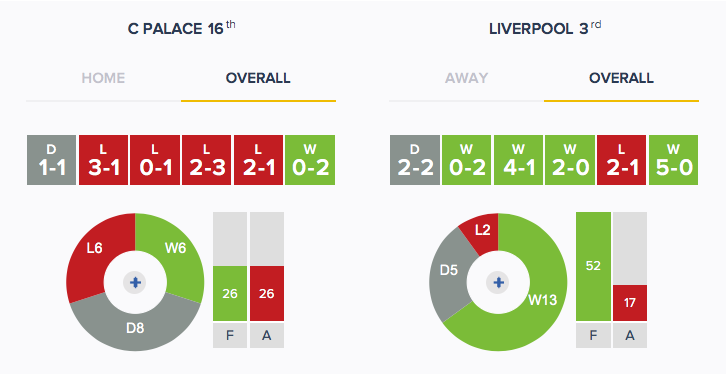 To be honest, Palace just aren’t anywhere near Liverpool’s level; it’d be an embarrassment for the Reds to even drop points at Selhurst Park, given the way the tenants are playing.

One thing’s for sure, both teams getting a goal looks incredibly likely — Liverpool have got better since January but there’s still the distinct possibility that Palace can grab a goal.

That being said, playing a club in Palace’s position at this stage of the season can lead to some very interesting things happening — just see their recent game against Man United for proof of that.

Liverpool will need to go into this game with a sprinkle of caution but Palace shouldn’t cause the Reds too many problems: Palace 1-3 Liverpool.