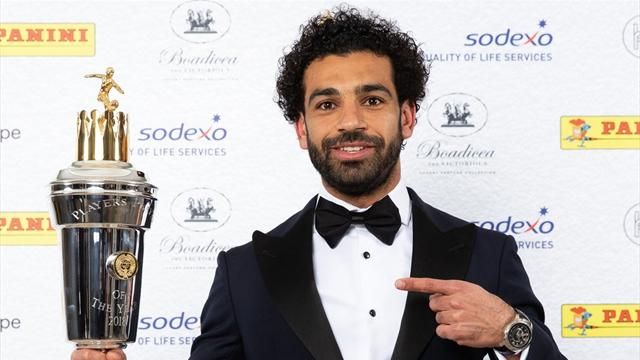 In what’s surely to be the least surprising news of the day, last night at the Grosvenor Hotel in London what we already know was confirmed as Liverpool attacker Mohamed Salah took home the Professional Footballers’ Association Player of the Year award.

Beating out the likes of Manchester City duo Kevin De Bruyne and Leroy Sané, Tottenham Hotspur striker Harry Kane and Manchester United ‘keeper David de Gea, the Egyptian was the overwhelming winner as his fellow players voted on who was top dog in the Premier League this season. With three matches left to play, the former AS Roma man has bagged an astounding 31-goals and 9-assists in the league and there’s no indication he’s going to slow his roll anytime soon.

Video courtesy of @COPA90 and @CCN

“It’s an honour to win this award especially because it was voted for by the other players,” said Salah, speaking to press at the event. “I would like to thank my team-mates and everyone at the club for helping me to make this happen.”

This, of course, is just one of the many individual honours the Egyptian has picked up this season, but ahead of the first leg of their Champions League semi-final meeting with former club AS Roma, he remains adamant that the team is far more important than any personal prize.

“I feel great. I work hard and I’m very happy to win it,” enthused the 25-year old, speaking to the club’s official website. “My personal thing is to win something with the team. I always think about the team, I don’t think about myself, so the most important thing for me is to win something with the team,” stressed Salah, cutting through the kind of noise. “We are very close now, in the [Champions League] semi-final, so hopefully we’re going to win it.”