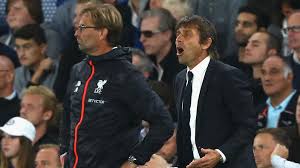 It wasn’t ao long ago that Liverpool fans were looking towards Stamford Bridge with envious eyes, but as the Reds look set to secure a top four finish and contest a Champions League final, it looks like the tables have turned and could cause the Blue’s managerial merry-go round to spin once again.

Former Chelsea defender Mario Melchiot has recently called out the club, urging them to reveal what the future holds for Antonio Conte at the end of the season.

There has been no further news regarding whether Conte will keep his place at Stamford Bridge once the
season has come to an end, despite the fact that his contract promises to keep him for another year. Conte
has told reporters that he wishes to see out the remainder of his contract, although after a season with no
trophies and his strained relationship with Roman Abramovich could very well change his mind by the time
the current season comes to a close.

After a disappointing season and overall performance, Chelsea has now turned its attention to the FA Cup, and after the season they’ve just had, their chances at qualifying for next year’s Champions League is looking very unlikely. Those looking for something to bet on will be better off checking out the NRL Premiership odds, as backing Chelsea doesnt seem like a wise choice. In order for them to see a place in the Champions League, the team will need to both defeat Newcastle and then pray that Liverpool loses its match against Anfield, which is being played against Brighton and Hove Albion.

“Having no pressure can be quite positive, actually. That’s the situation we face,” said Reds boss Jurgen Klopp when asked about the Seagulls and how they’ve already secured top flight football for next season. “A lot of things can happen in football but we will be there as well, we will have 11 players and we will try everything to make sure that next year we play in the Champions League again.”

That looks inevitable and while it would be great for the Anfield outfit, that it will no doubt hurt Conte’s chances of avoiding the chop.

Melchiot has stated to reporters that he doesn’t believe the decision should be made before the FA Cup final.

“They bring them in and out, but I don’t think before the FA Cup you want to make any decision – it won’t help the team,” explained the Dutchman. “But it definitely has to be pretty soon to tell what’s going on with the future of the club and so the players know where they are standing.”

Losing Out on the Top 4 Spot

Having alippdd past Liverpool with a narrow win over the Reds at the weekend, Chelsea looked set to make a real run at the top four only to throw away the momentum by drawing with Huddersfield Town midweek.

Having rested star attacker Eden Hazard for the meeting with the Terriers, Conte evoked the wrath of pundits and supporters alike. The Italia has since defended his decision, however, saying that it was important to let a key player rest. Melchiot doesn’t buy it, though, and has offered warnings to hin since.

“If you don’t play him you are almost giving him an answer like: ‘look, if I’m not playing why would I want to stay here,’” stressed the former Blues defender. “He’s one of the key players on the team.”

Could that decision come back to haunt him? If they lose out to Liverpool in the race for a spot in the top four it just might. Reds fans, who will be distracted with their Champions League final woth Real Madris later this month, aren’t likely to lose any sleep over it — we’ve seen enough of Chelsea winning trophies, thank you very much.

It’s time we put the pressure back on them instead of the other way around.