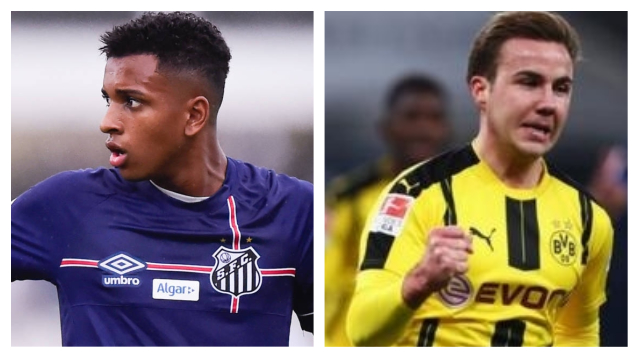 Liverpool boss Jurgen Klopp may be out on holiday enjoying himself, but the Reds scouting network is hard at work back on Merseyside as the club look to strengthen their squad during the off-season.

Having already wrapped up the signing of Fabinho from AS Monaco, the club have been making moves for a number of top players. Although they’ve seen their deal for Lyon attacker Nabil Fekir fall apart at the 11th hour, apparently the deal for the Frenchman wasn’t the only one in the pipe with the agent of Real Madrid bound Brazil attacker Rodrygo confirming that we were in the mix for his signature.

“We had received offers of Liverpool, PSG and Barcelona,” said Nick Arcuri, speaking with Brazilian media outlet Esporte Interativo. “None of them, however, managed to match Santos’s asking price,” he continued. “Fifteen days ago Real Madrid chiefs called me to make an official offer to Santos. The proposal of Madrid was high enough for Santos and last week the club gave green light to Rodrygo’s Real Madrid move.”

Just a quick look at Liverpool’s bench during their Champions League final loss to Real Madrid last month confirms that the Reds have to do something about their depth if they’re really going to challenge for the Premier League title and all the trophies in between.

While there’s nothing to suggest that they won’t resurrect the deal for Fekir despite Lyon’s statement that he’ll be playing for them next season, rumours linking Borussia Dortmund midfielder and Klopp favorite Mario Gotze with a move to Merseyside have started picking up steam after the 26-year old refused to rule out a reunion with his mentor. The German missed out on the World Cup after an injury plagued season at the Westfalenstadion saw him bag only two goals and three assists in 33-appearances — the kind of lackluster return that could see Dortmund put him on the market.

“I decided to leave Bayern and Jurgen Klopp was interested in getting me to Liverpool,” said Gotze when asked about leaving Bayern Munich for a return to Borussia Dortmund. “And I was also interested in working with him again. [The desire to play for him] still exists. He is a world-class coach and that’s why it’s always an option,” added the 26-year old, leaving the door open. “I decided to join Borussia Dortmund, but it was not a decision against Liverpool or Jurgen Klopp.”