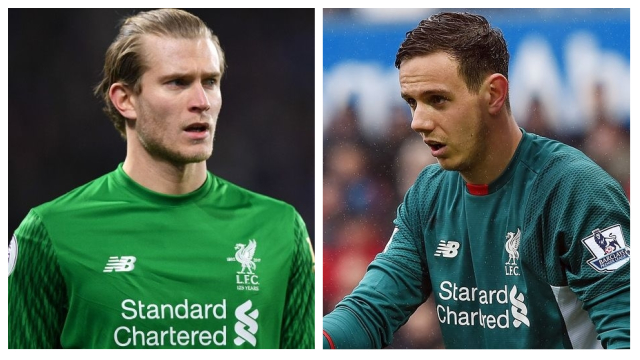 While a concussion suffered during Liverpool’s Champions League final loss to Real Madrid is certainly to blame for the errors ‘keeper Loris Karius made on the night, the German’s return to action against Tranmere Rovers on Tuesday did absolutely nothing to restore his shaken confidence as the 25-year old made yet another gaffe between the sticks.

With the visitors holding a comfortable 2-0 lead, Karius made a hash of Oliver Norburn’s free kick, spilling it right in to the path of Tranmere attacker and lifelong Liverpool supporter Jonny Smith. The winger finished coolly past the stranded ‘keeper and even had some choice words for him afterward, but Reds boss Jurgen Klopp has predictably taken a much softer approach as his side hung on to claim a 3-2 win at Prenton Park.

“No one likes that goal but, if we talk about that, then the second goal is Milly’s (James Milner’s) fault,” explained the gaffer. “Two brilliant footballers make mistakes but we only talk about one. We can’t make a story after each mistake,” mused Klopp. “Until he has a few fantastic games you cannot change [the criticism]. Our job is to support Loris. That’s our part of the deal,” added the German manager. “I saw this situation 500 times in my life: the ball hits his chest but what can you do?”

Dreams of signing AS Roma ‘keeper Alisson or highly rated Atletico Madrid shot-stopper Jan Oblak may be dead and buried, but that doesn’t necessarily mean that Liverpool won’t have a fresh face between the sticks come the start of the season with rumours swirling that the boss could give Danny Ward a chance to claim a spot in the starting eleven.

Whether or not there’s any truth to that remains to be seen, but if Karius doesn’t turn things around sharpish, the gaffer could very well look to him switch things up.

The Welshman, who impressed during a loan spell at Huddersfield Town during their promotion winning Championship campaign two seasons ago, played only a single game last season, but he remains very much in the Anfield outfit’s plans for the future. Ward will be given a chance to show what he can do throughout pre-season and while he may not be the “world class” ‘keeper that the fan base is begging for, Klopp tends to know a bit more about football than the rest of us.