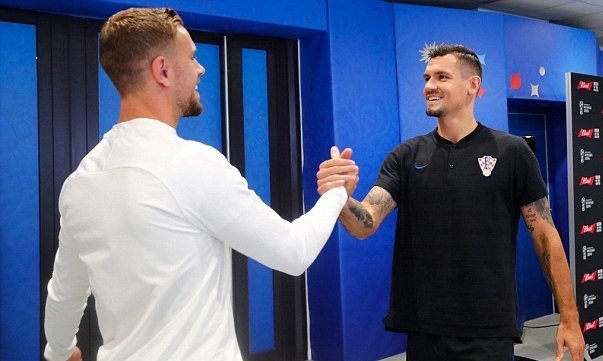 Liverpool defender Dejan Lovren is quite predictable; after a number of outstanding showings at the World Cup, the Croatian defender has demanded more respect and recognition as one of the best defenders in world football. Reds supporters have heard this all before and know that these boasting bouts with the press almost always end in tears for the 29-year old as he reverts to his old bumbling self by making one blunder or another.

That being said, he’s already played in a Champions League final this season and on Sunday he’ll run out against France in the World Cup final with Croatia considered the underdogs. That, of course, means there’s all kinds of money to be made backing the Vatreni to come out on top with sites like bonuscodegenerator.com giving punters a leg up in the betting stakes. If Zlatko Dalic’s side do cause an upset, it’s safe to say that Lovren has played a huge role in their run to the title, but this could very well end up being a bit of history repeating itself.

“From my point of view, people said I had a difficult season but I don’t agree. I took Liverpool to the final of the Champions League. Now with my national team we are in the final of the World Cup,” said the Croatian defender, speaking to the Liverpool ECHO. “I think people should recognise that I am also one of the best defenders in the world and not just talk nonsense.”

Bold words? Yes, but after the performance he put in against England — and teammate Jordan Henderson — in the semi-finals, it’s understandable that he’s hyped up. The Liverpool captain will be bummed to miss out on a spot in the finals, but after aggrevating a hamstring problem he picked up against Sweden in the previous round, it’s unlikely he would have been fit enough to play anyways.

The Three Lions square up to Belgium in the third place match on Saturday in what’s always a dead rubber outing, but the skipper is going to miss out on his chance to play for England one last time this summer.

“I had a tiny hamstring issue from the last game but it was fine to play. But I just felt it a little bit again in the game,” said Henderson. “In such a crucial match you can’t carry anyone, so it was probably the right thing to bring me off,” continued the Liverpool captain. “But the pain of defeat is greater than that of my hamstring.”