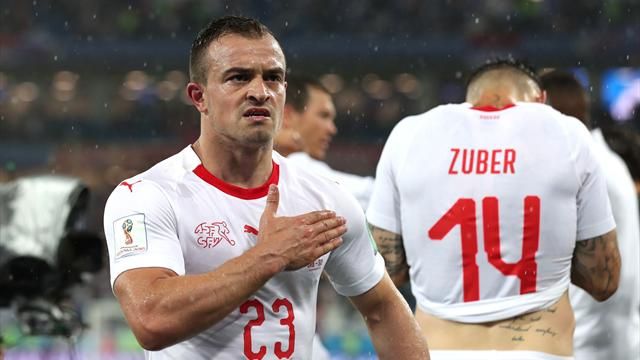 After tracking the player for the better part of the last five years, Swiss winger Xherdan Shaqiri is finally set to make his protracted move to Anfield a reality with the former Stoke City man being put through the paces at Melwood earlier today.

And, now, we’re just waiting for the club to announce it. Having triggered his release clause with a bid of around £13.5mil, the bulky attacker is set to become Liverpool boss Jurgen Klopp’s second signing of the summer. Bookies like William Hill are tipping the German manager to make further additions before the transfer window closes and that seems like a pretty safe bet — if you want to have a flutter you can learn more about William Hill here.

Gearing up for a what’s sure to be another grueling campaign, the gaffer has been adding depth to his squad in a bid to finally challenge for the Premier League title. Shaqiri might not be the world beater that everyone wants to sign, but he’s got experience and he’s been motivated to play for the Reds for some time now.

The 26-year old had decided to make the move to Merseyside back when he was still playing for Bayern Munich, but the German giants blocked the transfer from happening. Taking the long way around, Shaqiri has been to the San Siro and the Britannia Stadium along the way, but after the Potters relegation from the top-flight at the end of the last season, it appears he’s finally going to get his move to Anfield.

Now, Liverpool supporters know nothing is official until you see a player leaning on something at Melwood, but the Swiss Football Association have bizarrely jumped the gun and announced the transfer themselves.

It’s a bit of an odd approach, but they’re clearly happy that their star player will be playing for one of the best teams in the world rather than slumming it up in the second tier.

More on this when it’s confirmed that he’s put pen to paper.