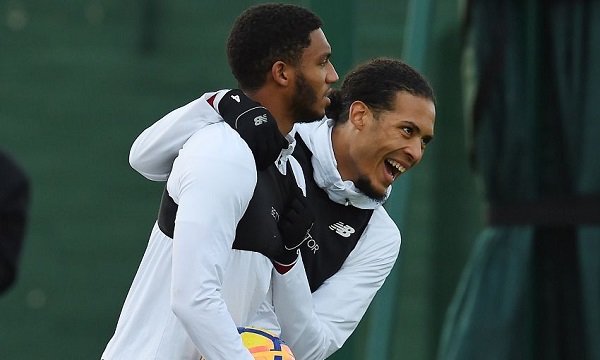 Set to come up against some familiar faces when they visit Selhurst Park later today, Liverpool will look to make it two wins out of two outings as their Premier League campaign gets back under way in the Capital as the Reds square up with Crystal Palace. It’s far too early to talk about a title charge, but having made significant additions to the squad over the summer, the Merseysiders are looking like a good shout and punters have responded in kind by using this Matchbook bonus code to get even better value for their money.

Eagles boss Roy Hodgson — who had a short-lived, ill-fated spell at Anfield — will have a fully fit squad to choose from with the likes of Christian Benteke and Mamadou Sakho ready to clash heads with their former teammates. Having watched on as Liverpool put four unanswered goals past West Ham United in their season opener, Crystal Palace know that they’re going to have to keep things extra tight at the back if they want to weather the storm and come away with anything but a battering of their own.

Of course, they’ll also have to venture forward at some point; the Hammers approach of trying to play football rather than contain the Reds never-ending attacks didn’t work out that well and though Hodgson isn’t likely to shift from his usually stodgy approach, he’ll have to open things up a touch if they want three-points. The likes of Wilfried Zaha and new signing Max Meyer could very well be given a license to roam as the Eagles look to exploit a gap in the visitors defense.

With Dejan Lovren still sidelined, Joel Matip only fit enough for the bench and Ragnar Klavan allowed to join Serie A side Cagliari late last week, Liverpool boss Jurgen Klopp will be relying on a still untested partnership of Virgil van Dijk and Joe Gomez to make sure their hosts don’t cause an upset.

“Joel is close to being back,” said the German manager, speaking to the press at Melwood on Friday. “Hopefully he is able to be in the squad on Monday, so then we will have him,” added the gaffer before shifting his focus to young Gomez. “He is a very good football player and played the position good,” continued Klopp, reflecting on the win over West Ham. “Together with Virgil, they have a very good understanding – on a personal level as well and that’s really cool.”

There’s nothing like putting in a performance on the road to put you in the bosses plans. Gomez, who has played primarily as a fullback since making the move to Anfield under former boss Brendan Rodgers, looked solid throughout pre-season playing in a central role and while he’s unlikely to shift Lovren out of his starting spot when the Croatian is fit, he’s sure to challenge for a place in the match-day squad over the coming months.