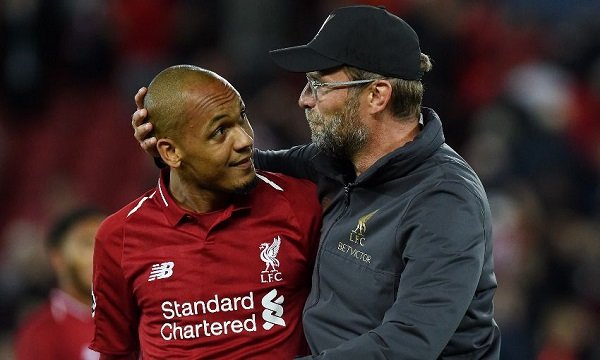 Liverpool look set to make wholesale changes to their starting eleven when they square up to Chelsea for the first of two meetings in one week as they welcome the Blues to Anfield in the third round of the League Cup later today.

A full debut for summer signing Fabinho could be on the cards as well as a return to the starting eleven for Croatian defender Dejan Lovren, but besides confirming that back-up ‘keeper Simon Mignolet will take the place of Alisson between the sticks, Reds boss Jurgen Klopp has remained characteristically tight lipped about his line-up. The gaffer isn’t known for tinkering too much and this’ll have punters sniffing for a good deal and a bet365 bonus code as they look to get a good return on what should be an intense outing for both teams.

The League Cup has historically been a competition that the bigger sides have used to give their fringe players some much needed game time, but with the size and quality of the squad at his disposal, the German manager won’t be taking these matches for granted. A trophy is a trophy and he’s not about to discriminate.

“It would be irresponsible of me not to factor in that we play seven unbelievably intense games in these four weeks between international breaks and also irresponsible not to respect the quality of our squad and players who have really deserved their chance to play,” said the gaffer in his pre-match notes. “But I have no time for anyone who speculates that team line-up will be linked to prioritising other fixtures or other competitions,” added Klopp. “I mean, come on, we play Chelsea at Anfield – we are Liverpool, this brings a responsibility.”

The clash at Stamford Bridge this weekend will be quickly followed by a trip to Italy for a Champions League showdown with Napoli before defending Premier League champions Manchester City visit Anfield on the following Sunday — a seriously tough run of fixtures.

It’s a bit too early to start talking about stretches being season defining, but Liverpool’s poor record against the top six last season was telling come the end of another trophyless campaign. Things have been on the up since Klopp was appointed Liverpool boss back in October 2015 with visits to the League Cup, Europa League and Champions League final bringing the buzz back to Anfield, but they’re yet to add any new silverware to club’s impressive collection.

“Jurgen has to win a trophy this year. For the quality of squad he now has, he has to win a trophy,” stressed Reds legend Phil Thompson. “It gives him a great opportunity and I would gladly take the Carabao Cup, but you have to look where your priorities lie, which is what most managers do and make changes in these early rounds,” mused the Sky Sports pundit, before going turning it all around and suggesting that an early exit might not be so bad. “They obviously don’t want to go out at the early stage, it’s not very nice, but come later in the season they will view it as a godsend.”