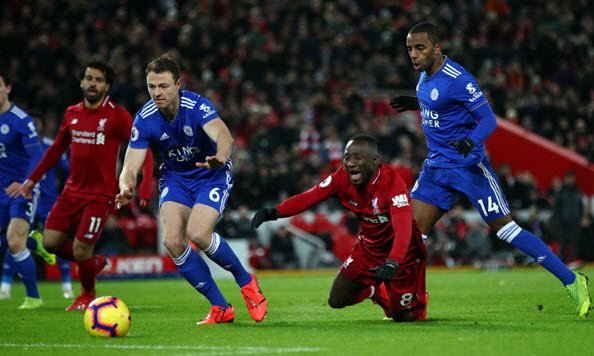 Was it two points dropped or a good point gained? That’s the question for Liverpool supporters the world ’round coming out of a 1-1 draw with Leicester City on Wednesday that in a lot of ways feels more like an opportunity squandered rather than a decent outing against a dangerous team.

Was it two points dropped, or a good point gained? That’s the question for Liverpool supporters the world ’round coming out of a 1-1 draw with Leicester City on Wednesday that in a lot of ways feels more like an opportunity squandered rather than a decent outing against a dangerous team.

As you already know, football isn’t the most forgiving sport.

If nothing else, hopefully the few brave punters out there that took a shot in the dark backing relegation threatened Newcastle United to beat defending champions Manchester City earlier in the week took advantage of some of the amazing promotions on offer by the bookies to give their winnings a healthy bump. It’s a nice thought, but it’s not one that’ll help us when the points are tallied up in May.

Sitting top of the table heading in to February isn’t anything to complain about but missing out on the chance to go seven points clear leaves a sour taste in the mouth regardless of the circumstances.

“I don’t see it like this, that we dropped points,” said Reds boss Jurgen Klopp, taking an altogether different view. “We take what we get – tonight it’s a point and that’s more than we had before the game,” continued the German manager, keen to move on and regain focus. “Am I overly happy? No, of course not, we wanted to win the game, but we knew before it would be really difficult.”

Let’s be honest here: Klopp knows more about football and setting expectations than the rest of us and in more ways than one, he’s absolutely spot-on with his assessment

Although the Foxes may be floundering mid-table, they’ve been bane of the top-four this season with wins over City and Chelsea propping up what’s been a relatively poor season under Claude Puel. Add a credible draw at Anfield to the mix and things look better for the Frenchman, but he can count himself lucky that Harry Maguire — who scored their equalizer just before the break — was only shown a yellow despite being the last man when he fouled Sadio Mane as he looked to run clear through on goal from about 40-yards out.

That, of course, wasn’t the only time that referee Martin Atkinson took a skewed view of the rules with Naby Keita unlucky not to be awarded a penalty when the Guinean midfielder had his foot unceremoniously stood on by Leicester full-back Ricardo Pereira.

“What was missing? A bit of luck I think, a bit of extra edge maybe that we sometimes have a little bit more of,” mused Reds defender Virgil van Dijk, speaking to the club’s official website following the final whistle. “There are a lot of circumstances that played a part.”

We knew there’d be days like these; there’s nothing easy about winning a title anywhere in Europe and that’s especially true in England where the competition is so strong. With fourteen matches left on the calendar, there’s almost certainly more twists and turns to come — for us and for the chasing pack — but we have to remember where we were and how far we’ve really come.

Sure, it’s an easy line to trot out and it doesn’t take away from the fact that we missed a trick against the Foxes, but heading in to February, we’ve got a five-point lead at the top of the Premier League having lost only a single match along the way. For a team that traditionally does things the hard way, we’re blazing a relatively easy path.

If that’s not a good enough reason to believe, you may want to give up looking — you’re not going to find one.