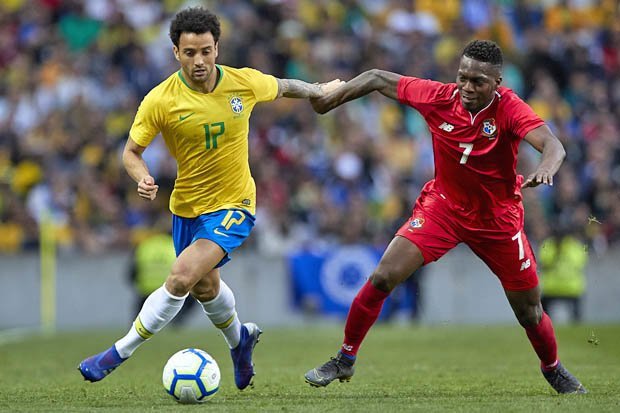 Liverpool are considering 12 players to strengthen their attack in the summer transfer window and one of them is West Ham star Felipe Anderson (The Daily Mail).

The Brazilian international left Lazio to move to the Hammers last year and he had an impressive debut Premier League campaign.

The 26-year-old star featured in 36 PL fixtures, scored 9 goals and provided 4 assists. In the 2017-18 season, the Samba playmaker was mostly injured and could only start 14 games in all competitions for the Italian club, still, he managed to directly contribute in 16 goals (7 goals and 9 assists).

Liverpool have world class players like Salah, Mane and Firmino in their attacking third. However, they do not have adequate backup options available.

To cover for Salah on the right wing, we have Shaqiri, who has mostly warmed the bench in the second half of the campaign. Same goes for Origi, who has covered in the absence of Firmino.

As far as the left flank is concerned, I think that Klopp has not got a single natural winger to cover for Sadio Mane.

In such a scenario, someone like Anderson should be brought. The South American star can play in multiple offensive positions but mainly, he is a left winger.

In my view the major issue in luring him would be his massive price tag. West Ham would surely want to hold on to their prized asset but they have a gentleman’s agreement that allows the player to leave for a fee of £75million (Bleacher Report).

Have your say – Should Klopp splash the cash to bring Anderson to Anfield?