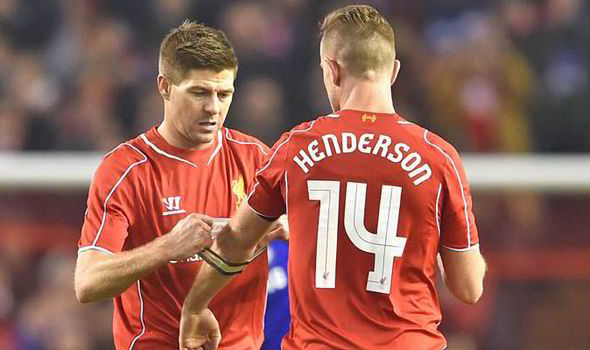 When FSG took over Liverpool, their first major appointment was a Director of Football in the form of Damien Comolli, who had bags of experience. He was the one, who recommended the signing of Jordan Henderson from Sunderland when Kenny Dalglish was in charge of the club.

Unfortunately, the England international had a torrid time in the center of the park in at least the first two seasons at Anfield and he faced a lot of criticism.

Now, on Saturday, Jordan Henderson will captain Liverpool into a second straight UEFA Champions League final and if the Reds are triumphant then he would become the first skipper after club legend Steven Gerrard to lift the Big Ears.

In an exclusive interview with The Independent, Comolli has revealed what the Liverpool owners told him when he was sacked. The Ex DOF claimed:

“I remember the day I was sacked [in April 2012], the owners told me, Jordan Henderson what a massive mistake it was, that was about the only thing they told me.”

Liverpool have a lot of depth in the center of the park and in all fairness, even I would prefer the likes of Fabinho, Wijnaldum and Oxlade-Chamberlain ahead of the club captain.

The issue with Henderson is that he is the least technical player. Not the best passer, not the best tackler, not the most creative but, he is arguably the most passionate and the most hard working midfielder in our team.

To be honest, even in the current campaign, the 28-year-old midfielder has faced a lot of criticism, especially on social media sites.

However, in the past few months, he has been fantastic and right now, going into the Champions League final, he needs all the support from all the Liverpool fans in the world. So, let’s back him and the entire squad to bring the European Cup back to Anfield.