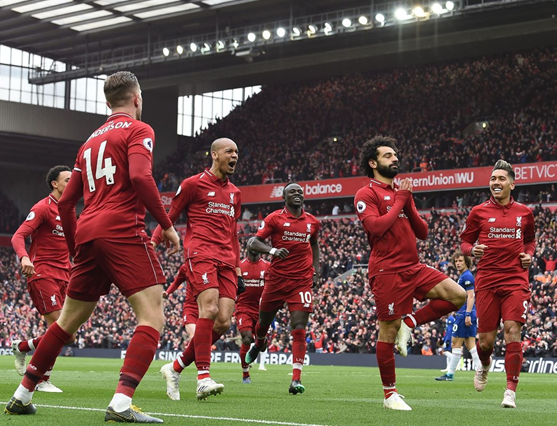 Man United and Man City are reportedly interested in signing Bruno Fernandes from Sporting CP (A Bola). The Portuguese international has recently praised the Sky Blues and Liverpool.

In his blog ‘De Cadeirinha’ (via Record), the 24-year-old attacker revealed that he is a fan of the way Manchester City and the Reds play football but more importantly, he said that he likes Liverpool a lot more.

At first, he praised the Sky Blues:

“Guardiola has made the best of the players in the team, he knew that it was going to be difficult in England and he adapted, City plays, more or less, in the way of Barcelona, ??but not just because the championship is different, the intensity is different, the aggressiveness is different, the competition is different and he knew how to change it”

Fernandes talked a little bit more about how Man City defend but then, he started focusing on the Anfield club. He stated:

“I like Liverpool a lot more, it’s a more direct (style of play), more offensive, maybe less organized, but more intense football, when you do not have the ball possession, you are more intense.”

“In Liverpool they are more individual players, especially in the midfield, usually playing three very aggressive players and recovering the ball, then they have three players at the front who are lethal”

Well, I think that the Seleccao attacker, who is linked with a move away from Portugal, has flirted with the Premier League champions and runners up.

Fernandes has been in red hot form for Sporting CP and this season, he directly contributed in 50 goals (32 goals and 18 assists) in 53 games (Transfermarkt).

Any world class center forward would be proud of the above mentioned stats and the fact that an attacking midfielder has banged in so many goals makes it all the more impressive an achievement.

Fernandes’ current contract with Sporting CP will expire in 2023 and as per a recent report covered by Record, the Primeira Liga club are looking to get at least €70million (£62million) from his sale.

One thought on “£62million star – ‘I like Liverpool a lot more’”