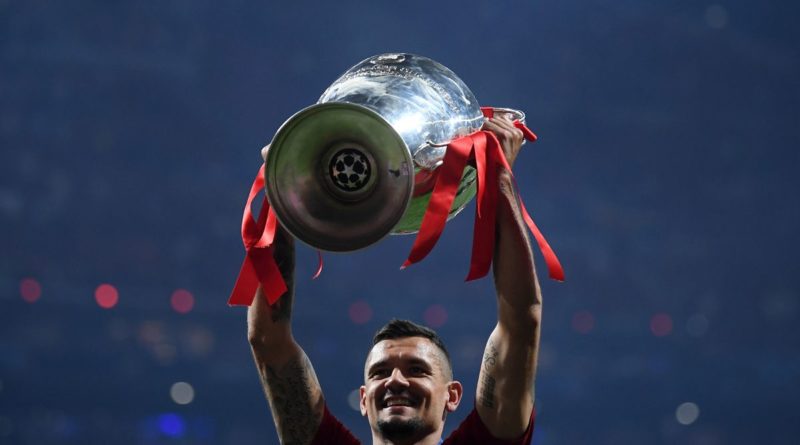 Liverpool could end up losing a senior central defender this summer if reports in the media are anything to go by.

Two days back, Sempre Milan claimed that Dejan Lovren would like to leave the Anfield club this summer and AC Milan has already received his approval.

On the other hand, yesterday, Milannews.it reported that the Croatian international likes the Rossoneri a lot and the Serie A side are in contact with the player’s representative.

Earlier today, Football Insider revealed that the player is closing in on securing a move away from Liverpool and he is close to agreeing terms with the seven time European champions.

Milan are not the only Italian team interested in signing the Champions League winning defender. Rai Sports journalist, Ciro Venerato, told CalcioNapoli24 that Napoli want Lovren, who is looking to get a contract which will make him earn 5 million euros a year (£86,000-a-week).

Lovren signed for us from Southampton back in 2014 and he has been a great servant. In the 2017-18 season, he regularly started and helped the team reach the Champions League final.

However, in the recently concluded campaign, the 29-year-old star was the fourth choice center half under Jurgen Klopp and mostly warmed the bench.

At the start of the campaign, Klopp mainly used Gomez with Van Dijk in the central defense and Lovren missed the first six PL games due to a pelvis injury. When Gomez got injured, the German manager opted to regularly use Matip alongside Van Dijk.

So, the World Cup finalist only started 15 games in all competitions and therefore, it is not going to be shocking if he opts to leave the club in search of regular first team football.

We had the best defensive record in the Premier League last season and managed to win the Champions League as well. So, we do not need major defensive reinforcements but if Lovren departs then an adequate replacement should be signed.

The former Saints defender currently earns £90,000-a-week (Mirror Sport), his contract at Anfield will expire in 2021 and as per renowned journalist Paul Joyce (Twitter), Liverpool would consider bids of at least £25million for his sale.