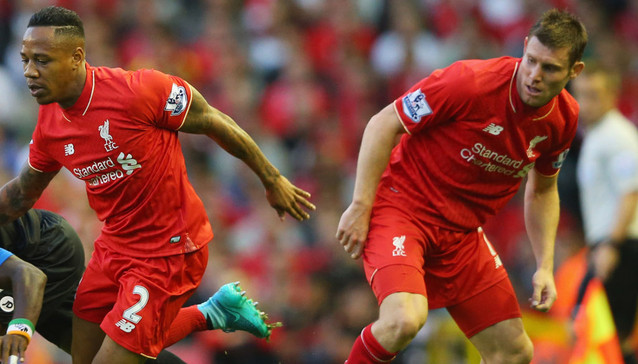 Liverpool need to strengthen key areas in the summer transfer window, they must also hold on to key players and offload those, who are no longer important.

The Reds have already let go the likes of Daniel Sturridge and Alberto Moreno. Now, Nathaniel Clyne is in the lime light.

According to an exclusive story covered by Football Insider, the 28-year-old defender has told his mates that he wants to leave Liverpool and join Crystal Palace.

The former Southampton right back was a regular starter under the management of Klopp in the German’s first full season at Anfield. The England international featured in 37 league games (2016-17) and helped the Reds earn a place in the Champions League.

Unfortunately, in 2017-18 season, Clyne had a serious back injury and he only made 5 appearances (2 starts) for the Merseysiders.

Last season, Alexander-Arnold was preferred in the right back position and in such a scenario, Clyne had to warm the first half of the campaign. He made his first PL appearance of the season against Man United and quite honestly, he did well in the absence of his compatriot.

However, after that, he only played for 18 minutes in the next three league games and then went on to complete a loan move to Bournemouth. He featured in 14 league games for the Cherries and provided an assist.

As mentioned above, Trent Alexander Arnold is our first choice right back and the young English starlet deservedly earned a place in the last season’s PFA Team of the Year.

In Clyne, we have an experienced back-up option but if he departs then he should be adequately replaced.

After the Three Lions defender was loaned out in the winter transfer window. Liverpool clearly lacked depth and in the absence of Alexander-Arnold, Klopp opted to use midfielders like Milner and Henderson in the right back position.

Against Man United at Old Trafford, Milner started in the right back role and he wasted more than a few decent opportunities to provide a quality ball in the box and the game ended in a 0-0 stalemate.

On the other hand, Joe Gomez can also play in the right back role but he is naturally a central defender. The former Charlton man was utilized in the RB position vs Barcelona, he was the weakest link in the back-line and we ended up conceding 3 goals at the Nou Camp.

So, if Clyne does end up leaving Anfield, then Klopp should look to replace him with a natural right back.

The ex Saints fullback’s current contract with the European Champions will expire next year and at the moment, he is earning £70,000-a-week (Mirror Sport).

As far as his price tag is concerned, Football Insider claim that Liverpool value him over £12million. On the other hand, last month, The Daily Mail reported that the Merseysiders want around £15million from his sale.