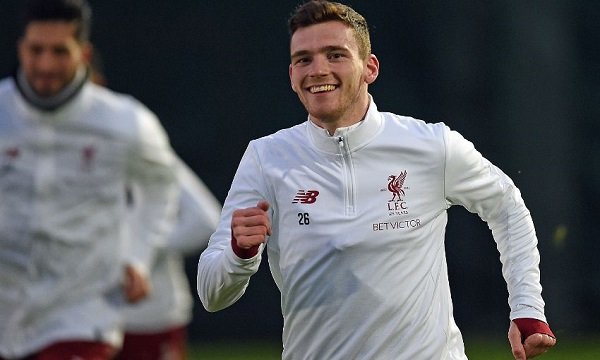 Liverpool have a fantastic first team squad but they still need to improve the quality of their depth by making full use of the summer transfer window.

As per the latest reports going on in the media the Reds are interested in signing a left back from Real Betis.

According to Sport, Klopp is eyeing a move to sign Spanish international Junior Firpo in order to strengthen the left back position.

Sport have mentioned that Catalan giants Barcelona have asked about the player’s situation. Moreover, in Spain, Real Madrid are also linked with the 22-year-old defender (Marca).

On the other hand, in Britain, Manchester United are linked. Last month, Spanish source AS reported that the Red Devils would be willing pay 30 million euros for Firpo.

Junior Firpo broke into Real Betis’ first team in the 2017-18 campaign. Naturally, he is a left back but the La Liga club have mainly utilized him in an advanced role on the left side of the midfield.

In the last campaign, the youngster featured in 29 games (25 times in the left midfield role and 4 times in the left back role) in all competitions, scored three goals and also provided five assists (Transfermarkt).

Last year, Firpo signed a new deal, which will expire in 2023 and contains a release clause of 50 million euros (£45million). Sport have stated that Betis will demand full payment of the release clause to let their prized asset leave.

Our first choice left back is Andy Robertson, who was lured from Hull City for just £10million in 2017 (BBC).

The Scottish international had a fantastic campaign last term. In the Premier League, he provided 11 assists and made it into the PFA Team of the Year. Moreover, he was impressive in the Europe’s premier tournament as well and UEFA included him in the Champions League Squad of the Season.

Last season, our second choice left back was Alberto Moreno, who has been allowed to leave the club for free this summer. Fortunately, Robertson remained fit and therefore, the Spanish left back only made five appearances in the entire campaign.

Jurgen Klopp opted to utilize James Milner in the LB role in the 2016-17 campaign. The retired England international is a versatile talent, who can play in multiple positions but naturally, the former Man City man is a center midfielder and he excelled in his preferred position last season (7 goals and 7 assists).

So, with Moreno gone, Liverpool do not have a natural left back to cover for Robertson and if Klopp does not sign anyone and the Scotland captain gets injured, then we could be in trouble.