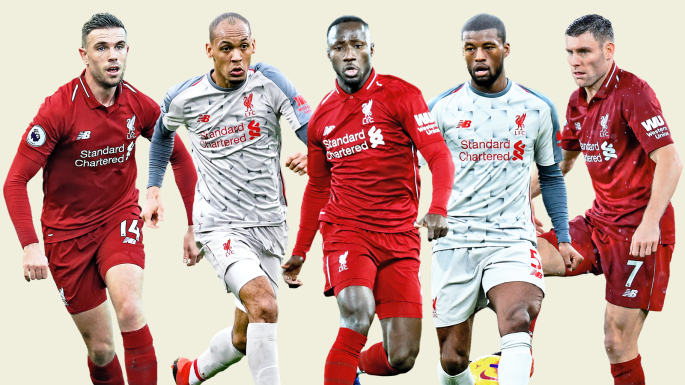 Liverpool were mainly inactive in the summer transfer window and did not reinforce their first team by signing any proven quality star.

As per reports going on in the media, the Reds are linked with Spanish international Fabian Ruiz, who played for full 90 minutes in Napoli’s CL victory against the Merseysiders last night.

According to The Daily Mail, the 23-year-old midfielder is wanted by Liverpool and Spanish giants Barcelona and Real Madrid.

The former Real Betis player signed for the Naples based club in the summer transfer window of 2018 and since then, he has established himself in the starting XI under the guidance of Italian boss Carlo Ancelotti.

As per The Daily Mail:

“Napoli’s No 8 is a versatile, left-footed midfielder who thrives with the ball at his feet, dictating the tempo and rhythm of his side. He’s best in a 4-2-3-1 or 4-3-3 formation and his agent, Miguel Alfaro Garcia, has even said he believes Ruiz can play further forward, between midfield and attack.”

Naturally, he is a creative central midfielder but in the last campaign, Napoli even utilized him in the wide midfield positions when needed. Overall, he featured in 40 games (Transfermarkt) in all compeitions and directly contributed in 10 goals (7 goals and 3 assists).

As far as his international career is concerned, so far, he has played three games for the La Roja. Ruiz made his first two appearances for the senior side back in June and afterwards, he participated in the U-21 Euro 2019.

Spain went on to win the European Championships and Ruiz, who scored 2 goals and provided 3 assists in 4 appearances, was named the Player of the Tournament.

His current contract with the Serie A side will expire in 2023 and as far as his price tag is concerned, The Daily Mail have mentioned that he will cost much more than £40million. Earlier this month, renowned Spanish source, Mundo Deportivo, reported that Ruiz’s current market price is around 60 million euros (£53million).

Liverpool splashed the cash to lure Fabinho (Monaco) and Keita (RB Leipzig) in the summer transfer window of 2018. In 2017, they lured Alex Oxlade-Chamberlain from the Gunners.

Apart from the above mentioned trio, the European Champions have got midfielders like Lallana, Wijnaldum, Milner and skipper Henderson around. Not to forget, we have Grujic out on loan as well.

Therefore, as things stand, Jurgen Klopp has got ample quality and depth in the center of the park and he does not need to reinforce the midfield department.

Instead the German manager should look to sign full-backs to cover for Robertson and Alexander-Arnold. We let our second choice left back (Moreno) leave in the summer and our second choice right back (Clyne) is out with a long term injury.

Have your say – Should Liverpool splash the cash to sign Fabian Ruiz?