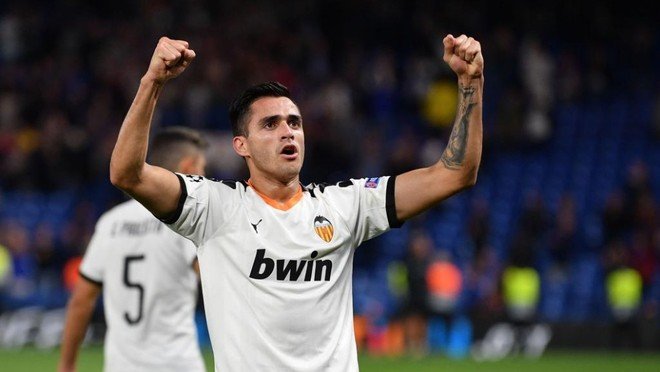 The winter transfer window will open in less than two months and already, Liverpool are linked with numerous players.

According to reports, the latest name in the lime light is that of Uruguayan international Maxi Gomez but this is not the first time that the striker is linked with the Anfield club.

Back in May (Marca), the 23-year-old center forward responded to rumors linking him with Liverpool and Barcelona and claimed that he is calm. In July, he ended up leaving Celta Vigo to join Valencia.

Now, as per a recent report covered by Calcio Mercato, Liverpool are following the La Liga star with great interest but they face competition from arch rivals Manchester United, who are also interested in luring him.

The renowned Italian news source have claimed that Gomez’s current contract with the Spanish club will expire in 2024 and it has a mammoth release clause of 140 million euros (£121million).

Last season, the South American featured in 35 league games for Celta Vigo and directly contributed in 18 goals (13 goals and 5 assists). In the current campaign, so far, he has started 7 games for Valencia in the Spanish league and scored 5 goals (Transfermarkt).

Gomez is yet to open his account in the UEFA Champions League but on Tuesday night, he did provide an assist against French club Lille in a contest that Valencia won 4-1 at The Mestalla.

He made his senior international debut back in 2017 and so far, he has netted 2 goals in 16 appearances for the two-time World Cup winners.

Liverpool mainly use Roberto Firmino in the No.9 position but the Brazilian international is not an out and out center forward, instead, he mainly plays in the False No. 9 role and helps our midfielders and wingers.

On the other hand, we do have a natural striker in the form of Divock Origi but this season, the Belgian international has mainly played on the left wing under the management of Jurgen Klopp.

The likes of Salah and Mane can play in the CF role as well but the duo mainly play out-wide on the flanks and have done brilliantly for the Reds.

Have your say – Do Liverpool need to sign an out and out striker? Should they splash the cash to lure Maxi Gomez?