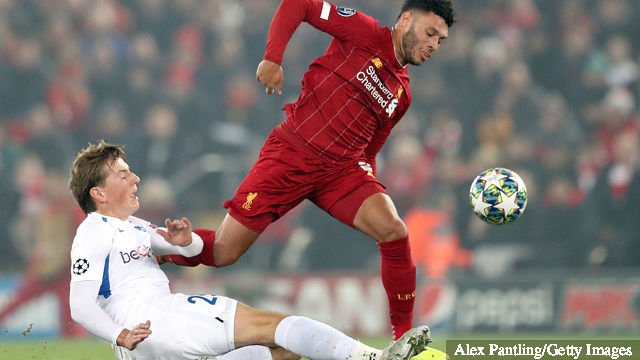 Liverpool were not at their best against Genk in the midweek Champions League contest but they completed their objective, won the game at Anfield and are now on top of their group.

Goals from Dutch international Wijnaldum and English midfielder Alex Oxlade-Chamberlain were enough to earn the Reds all three points vs the Belgian side.

Liverpool boss Jurgen Klopp was impressed by the performance of Genk midfielder Sander Berge and reports (VG) suggest that the German manager is interested in signing the Norwegian starlet.

After the game at Anfield, the former Borussia Dortmund boss praised the 21-year-old, who was clearly delighted and said:

“It was a great moment. It is nice. You take it with a smart smile. It is nice that such a reputable trainer comes away and says something like that.”

Berge has already played over 100 games for the Belgian club. He featured for full 90 minutes against the European Champions, who won the away fixture 4-1 last month and home fixture 2-1 on Tuesday night.

The youngster is mainly a defensive midfielder but Genk have also utilized him in the central midfield role when needed. In the current campaign, so far, he has netted 2 goals in 14 league appearances (Transfermarkt) for the reigning champions, who are currently struggling in 8th position.

Berge made his debut for the senior international team back in March 2017 and so far, he has made 18 appearances. In the Euro 2020 qualification group, Norway are currently third in the table after 8 fixtures and the play breaker scored his first senior goal for the country against Malta two months back (Transfermarkt).

His current contract with Genk will expire in 2021 and he is valued at £25million (The Daily Mail).

At Liverpool, the first choice defensive midfielder is none other than Fabinho and based on his current form, the Brazilian international is arguably one of the best holding midfield stars in the world.

On the other hand, Henderson has effectively played in the DM role over the years but since the arrival of Fabinho, our skipper has mainly played in the central midfield.

We do have an overcrowded midfield department with players like Lallana, Jones, Wijnaldum, Keita, Milner and Oxlade-Chamberlain in the squad. Have your say – Do we need to sign another midfielder? Should Klopp move to sign Sander Berge?