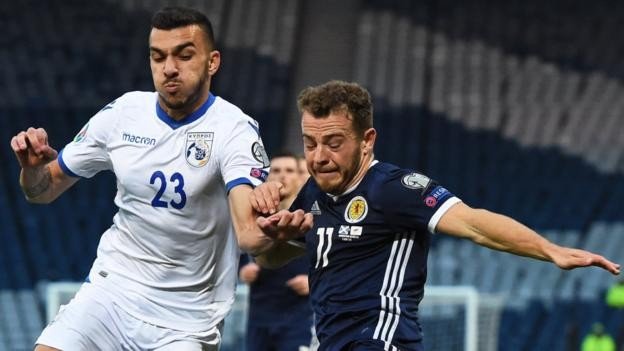 Liverpool have been linked with Bournemouth winger Ryan Fraser recently and now an ex English defender has backed the Reds to sign the Scottish international.

Few days back, talkSPORT exclusively revealed that the European Champions are in advanced talks to hire the services of the 25-year-old star in the winter transfer window.

Former Tottenham and Chelsea player, Jason Cundy, has urged the Reds to sign Fraser and said that the Cherries attacker is exactly the kind of player that Liverpool need in the absence of star playmakers like Salah and Mane.

Cundy heavily praised the winger and claimed (The Daily Express):

“I think you can see exactly the sort of player that Liverpool need if one of those players out wide [got injured], whether it be Mane or whether it be Salah,”

“He’s got the raw minerals actually to step in. He’s quick with the ball, travels with it, he’s got a brilliant delivery. I can see it, it’s a no-brainer as far as I can see.”

“Certainly the price tag wouldn’t be expensive, he can sign for four or five years and they’d still have a residue value on him, so it makes perfect sense for me.”

His current contract with Bournemouth will expire in the summer and reports suggest (Mirror Sport) that he is valued at £27million.

Fraser mainly plays on the left flank but Eddie Howe has also utilized him on the right wing and in the central attacking midfield whenever needed. Last season, he netted 7 goals and provided 14 assists in 38 Premier League appearances.

This season, he has so far played 13 games and directly contributed in 3 goals (Transfermarkt). He made his senior international debut back in 2017 and so far, he has netted just 1 goal in 11 appearances for Scotland.

To cover for Mane, Liverpool have Divock Origi, who is naturally a striker but Klopp has mainly used him on the left wing this season and the Belgian international has delivered.

To cover for Salah, the Reds have Xherdan Shaqiri, who was brilliant as a super sub last season but this term, he has mostly spent his time on the treatment table. Not to forget, Liverpool loaned Wilson out to Bournemouth in the summer and our right winger has already netted 4 goals in 9 league starts this season.

So, as far as the right wing is concerned, it will be fair to say that the Merseysiders lack depth at the moment. In your opinion, should Liverpool splash the cash to sign Ryan Fraser in winter?