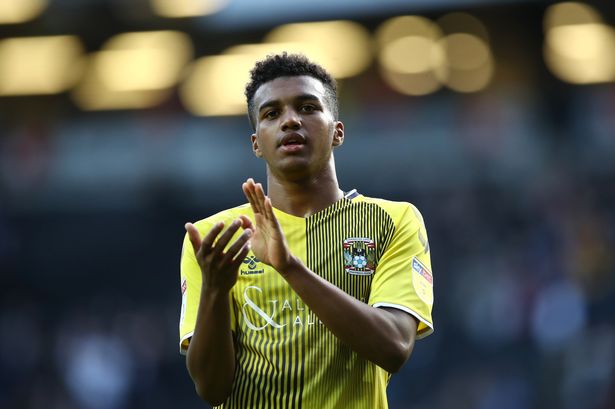 If reports in the media are anything to go by then Liverpool are going to beat off competition to sign a new left back.

According to an exclusive report covered by 90min, the likes of Man City, Chelsea, Leicester and other clubs have been interested in Coventry City’s Sam McCallum but Liverpool are set to secure his signing.

It is stated that the 19-year-old is close to sealing the move and the Reds would allow him to move back to Coventry on loan for the remainder of the campaign (90min).

The interest from top Premier League clubs indicates that the English defender is highly talented. The teenager broke into the club’s first team last season and in the current campaign, he has been a regular starter.

McCallum has featured in 18 games in all competitions this term and so far, he has netted a goal and also provided an assist (in the FA Cup) for Coventry.

In the summer transfer window, Liverpool allowed second choice left back, Alberto Moreno, to leave the club on a free transfer. The Merseysiders have not replaced the Spanish international as yet and have mainly used James Milner to cover for Robertson.

Milner is a versatile talent, who has effectively played in multiple positions over the years. However, naturally, the 33-year-old is a central midfielder and he has not got the pace to cope up with speedy wingers while playing as a full-back.

Therefore, Klopp should look to sign a natural left back to cover for Andrew Robertson, who has started every PL game for us this season apart from the last fixture vs Watford.

Have your say – Should the Reds secure the signing of Sam McCallum in the winter transfer window?