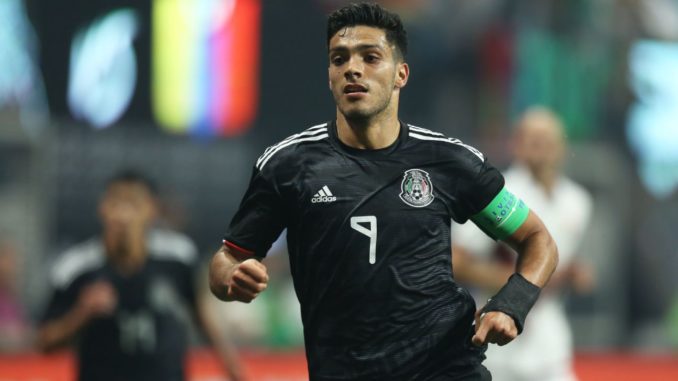 Liverpool are linked with numerous quality players and one of them is Mexican international Raul Jimenez.

Last month, in an interview (via Goal), the Wolverhampton Wanderers striker revealed that he is happy with the interest from the Reds and other top clubs, however, he opted not to reveal his next destination.

More recently, Stan Collymore has backed the Merseysiders to strengthen their strike-force by hiring the services of Jimenez.

The former Liverpool star wrote for The Mirror (via The Express):

“Liverpool should have two Wolves players on their shopping lists this summer – Raul Jimenez and Adama Traore. Traore is the obvious one but Jimenez has settled into the Premier League like a duck to water.”

“He’s great in the box, attacks crosses exceptionally well, links play and is an all-round eight out of ten in the art of striking. He could provide real competition for Bobby Firmino at Anfield.”

In the current campaign, the former Benfica star has been in top form for Wolves under the management of Portuguese boss Nuno Espirito Santo.

So far, in all competitions, Jimenez has made 48 appearances, netted 24 goals and also provided 10 assists for the Molineux outfit this term (Transfermarkt). On the other hand, in the same number of games, our No.9, Roberto Firmino, has only scored 11 times (12 assists).

Liverpool’s top scoring star is once again Mohamed Salah, who netted a brace last night to take his tally to 23 for the season.

Firmino mainly plays in the False No.9 under Jurgen Klopp and the Brazilian is irreplaceable at Anfield. Yes, we do need an out and out sriker and Jimenez would be a top addition but I do not think that the Mexican would want to sit on the bench to cover for Bobby.

The 82-capped international’s current contract with Wolves will expire in 2023 and he is valued (Tutto Sport) at around 60 million euros (£54million). We were heavily linked with 24-year-old striker Timo Werner but opted not to pay £49million (ESPN) and Chelsea pounced to secure his signing.

So, in all fairness, it would be shocking if the Premier League champions decide to splash £54million for 29-year-old Raul Jimenez.