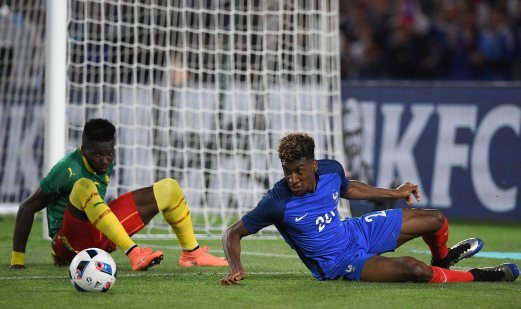 As per latest reports going on in the media, Liverpool are heavily linked with French international and Bayern Munich attacker Kingsley Coman.

Few days back, we covered a report (via Florian Plettenberg) claiming that the Reds have made contact to hire the services of the former Juventus winger.

There were reports coming from Italy that the Merseysiders have submitted a bid worth 40 million euros for the Les Bleus attacker but Sky Germany recently revealed that no concrete offer has been made by the 6-time European Cup winners as yet.

Yesterday, Christian Falk, who is the Head of Football for Bild/SportBild, claimed that the German champions have told Liverpool and United that it would take a fee of 90 million euros (£77million) to sign Coman.

The well known German journalist added that the 25-year-old, who will be out of contract in 2023, thinks that a transfer this summer is not realistic.

As far as Man United are concerned, they have already agreed a mammoth deal to sign Jadon Sancho from Borussia Dortmund to improve their wide attacking positions (The Daily Telegraph). So, it is highly unlikely that they would move big for another winger.

Coman has won league titles in his last 10 seasons, 2 Ligue 1 titles, 2 Serie A trophies and 6 Bundesliga crowns. Last term, he directly contributed in 17 goals to help Bayern win the title yet again. Not to forget, in the 2019-20 season, he scored the winning goal in the final of the Champions League against French giants Paris Saint-Germain.

Liverpool need to improve quality in depth in their wide attacking positions and a proven star like the Frenchman would be a top signing.

Our current record signing was secured in 2018 when we splashed £75million to hire the services of Dutch center half, Virgil van Dijk from Southampton. (The Guardian). Should Liverpool break the record again by paying £77million to sign Kingsley Coman?