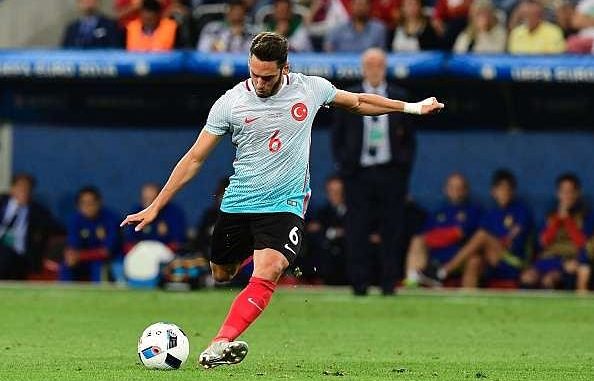 Liverpool have not reinforced their midfield this summer and have suffered a major blow in the form of Oxlade-Chamberlain’s injury.

The England international was a hit in the 2017-18 campaign but since then, he has spent a lot of time on the treatment table and is currently out with a serious hamstring issue.

In such a scenario, the former Arsenal player should be replaced and a versatile midfielder in the form of Hakan Calhanoglu is on the radar at Anfield.

According to Calcio Mercato Web, the ex Bundesliga star, who can effectively play in the midfield and the attack is a favorite of Jurgen Klopp and Liverpool could launch an attack to sign him.

The 28-year-old is one of the best free-kick takers around. He is a specialist from dead-ball situations and can strike the ball from distance.

During his days in Germany, the Turkish international scored a screamer of a goal from the halfway line for Bayer Leverkusen against Jurgen Klopp’s Borussia Dortmund.

In the 2020-21 campaign, Calhanoglu directly contributed in over 20 goals in all competitions for AC Milan. Last year, he signed a three-year deal worth 5 million euros a year (£80,000 a week) with Inter Milan (Goal).

Last season, he featured in 34 games in the Serie A for the Nerazzurri, scored 7 goals and provided no fewer than 13 assists under the guidance of Inzaghi.

We do lack a player in the midfield who can regularly score and create goals and therefore, someone like Hakan Calhangolu would be a quality addition.

In your view, should Liverpool move in with an offer to sign him from Inter?