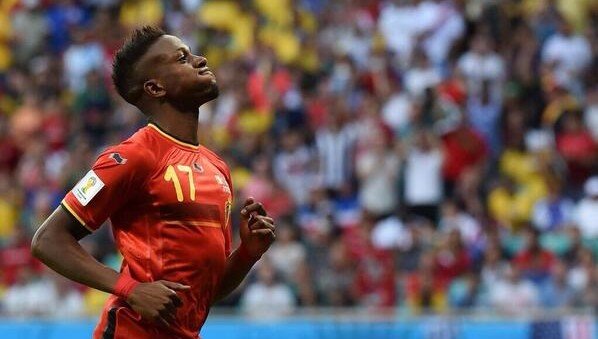 Rumours that Liverpool would recall on-loan Lille striker Divock Origi in January to help ease their problems up front have been doing the rounds for quite some time now with the Ligue One side unequivocal in their assertions that the 19-year old would spend the rest of the season with them and that looked to be written in stone — until now, that is.

“Maybe January, who knows?” said the Belgian international when asked about returning to Anfield. “It’s not me who makes the decisions, but if the club choose to let me go in January, I would go. I would like to join Liverpool then,” he continued before adding, “Although I agreed to stay with Lille until the end of this season, if there was that chance of joining Liverpool sooner, I would take it – I would love to move sooner rather than later.”

Despite bringing in a number of big-money attacking re-enforcements over the summer, the Reds have struggled to find the net since Daniel Sturridge was injured back in August leading to rumours that Origi, who came off the bench to provide the go-ahead goal as Belgium downed Iceland earlier in the week, would be recalled from his loan early to help ease some of the pressure. Whether or not the 19-year old will be Merseyside bound come January remains to be seen, but he pulled no punches in stating his desire to pull on the famous red shirt sooner rather than later.

“Brendan Rodgers is in contact. That makes me feel very good and wanted. Also the medical staff, they stay in touch for the same reason, telling me they are looking forward to me coming to the club” he said. I’m here at Lille. It’s fine. They are a good club and they have helped me. But it is also frustrating. It is French football. I can’t wait to be playing in the Premier League because I can now see that it will suit me better. I think there are good things waiting for me with Liverpool.”