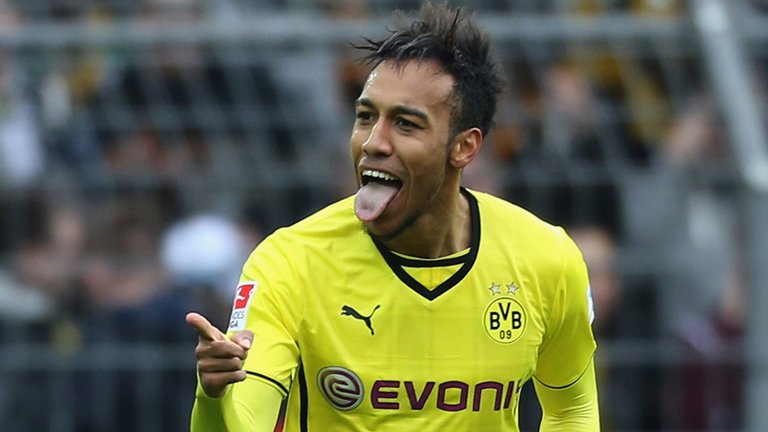 Whether or not Liverpool were actually in the race for Manchester United bound goal-machine Memphis Depay is anyone’s guess, but in the wake of the Dutch winger joining their bitter rivals, the Reds have reportedly stepped up their interest in securing some new fire-power of their own.

The Anfield outfit are always going to be linked with top talent no matter what, but after squandering their slim chance to pip United to fourth place with a hard fought draw with Premier League champions Chelsea yesterday, their need for a mobile forward was only highlighted further. While Lyon hit-man Alexandre Lacazette continues to be the player most heavily tipped with a making a move to Merseyside, Borussia Dortmund striker Pierre-Emerick Aubameyang has emerged as a possible alternative to the pricey Frenchman.

The Gabon international has featured in all but one of the German club’s Bundesliga fixtures this season, scoring 14-goals, bagging 6-assists and creating an impressive 42-chances along the way. Apparently a long term target for the club since his days at Ligue One side AS Saint-Étienne, the 25-year old is high up on the Reds wishlist as they look to rebuild their strike-force this summer. With influential manager Jurgen Klopp set to leave the Westfalenstadion at the end of the season, a number of sources are reporting that the Anfield hierarchy will try to tempt Aubameyang with a move to Merseyside and have already sounded out the club over a price.

While there’s a really good chance that the link to the Dortmund man will turn out to be nothing more than another creative story churned out by the rumour mill, there’s little doubt that Liverpool will look to make a big money move for a recognized striker this summer. With Daniel Sturridge on the treatment table until at least September and questions about his long-term future with the Reds continuing to be asked, if it’s not Aubameyang, it almost certain to be someone else.

Hopefully this time we get it right.