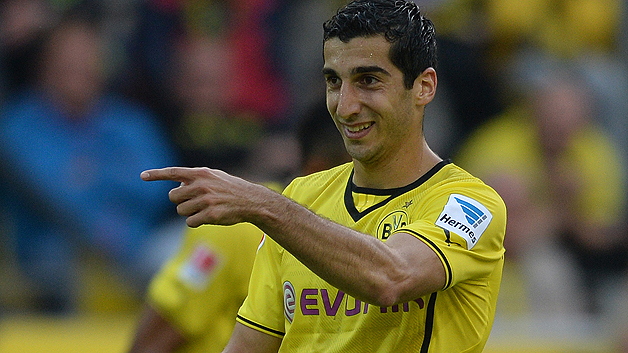 Liverpool supporters around the world know all about Borussia Dortmund midfielder Henrikh Mkhitaryan after a prolonged chase two summers ago saw the Armenian play-maker choose the Westfalenstadion over Anfield as the then Shakhtar Donetsk maestro traded the Ukraine for Germany in a deal worth a whopping £23.6mil.

Since then, despite having to put up with some niggling injuries, the 26-year old has enjoyed a rather fruitful spell in the North Rhine, but that could very well be coming to an end with highly rated manager Jurgen Klopp, one of the key factors in Mkhitaryan’s decision to join Die Schwarzgelben, leaving his post and comments made by his agent back in February encouraging clubs interested in tempting him away to test their resolve.

“Henrikh wants to leave Dortmund at the end of the season,” Mino Raiola, who also represents Liverpool misfit Mario Balotelli, was quoted as saying in German tabloid Bild as the club were in the midst of a heated relegation scrap. “We will have to wait and see what we can do.”

That, of course, was quite a few months ago and things seem to have calmed down since then with Mkhitaryan contributing a late goal as Dortmund beat Norwegian side Odds BK in the Europa League last night. Although Liverpool remain unlikely to make yet another move for the 26-year old after getting most of their transfer business done earlier in the summer, some media outlets are saying that they’re prepared to test the waters with a bid of £15mil — but they could face stiff competition from Juventus for his signature with the Old Lady dangerously light in the middle of the park after both Andrea Pirlo and Arturo Vidal jumped ship last month.