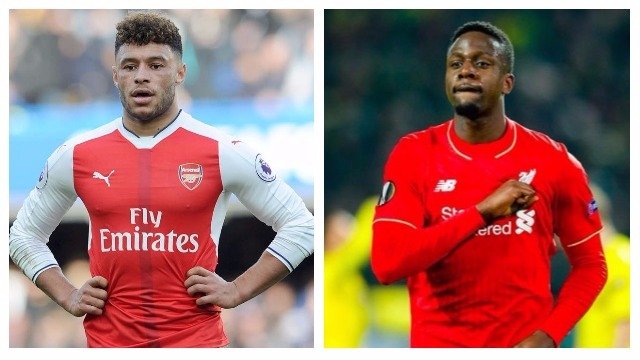 Snubbing a new deal at Arsenal and a move to Chelsea that would have reportedly seen him earn almost £200,000k per week, Gunners midfielder Alex Oxlade-Chamberlain looks set to sign for Liverpool after the North London side accepted a bid of £35mil + £5mil in add-ons from the Reds. Although there’s been no confirmation from either club, a number of respectable news sources are reporting that this deal is done with a medical rumoured to have taken place at St George’s Park yesterday and supposed picture of him in a training kit doing the rounds.

“Tried to persuade AOC to join @LFC when he was a kid, obviously Klopp is more persuasive!,” tweeted Liverpool club legend Jamie Carragher, reacting to the news. “Interested how he gets him into CM after Sunday!!”

Of course, this isn’t the only deal we’re waiting for confirmation on — and we’re not talking about the Reds ongoing interest in AS Monaco attacker Thomas Lemar or Philippe Coutinho’s protracted move to Barcelona. Instead, this one has to do with Divock Origi and an apparent loan move that’s in the pipe that would see the Belgian striker join German side Wolfsburg on loan for remainder of the campaign. Not only would that give the extremely promising 22-year old a real chance at playing regular first team football and see him return to Anfield at the end of the season, rumour has it that it would also see the club pocket a “substantial” loan fee for the privilege.

“We haven’t been contacted by Anderlecht,” said Origi’s father, speaking to La Derniere Heure. “Divock has to leave Liverpool to have some playing time,” he added, furthering suggestions that he’ll almost certainly leave on loan before the transfer deadline. “Tottenham is a possibility, but there is also interest from France and Germany.”