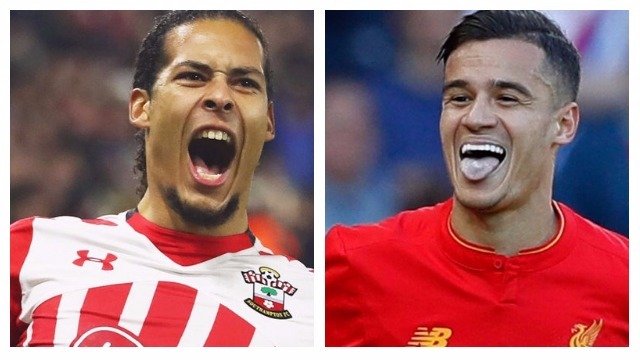 Although Barcelona have already confirmed that they’re still interested in bringing Liverpool talisman Philippe Coutinho to the Nou Camp this winter, the Catalan club are hoping to avoid the kind of press free for all they stirred up this summer with a series of failed offers for the Brazilian seeing the La Liga giants miss out on their top transfer target in a very public and rather embarrassing way.

“If there is interest in signing any player in January who’s not here at the moment, I wouldn’t like it to be broadcast all over the world,” explained Barca sporting director Robert Fernandez who watched on at Wembley as the Reds were humbled by Tottenham Hotspur on Sunday. “I’m more interested in [B-team players Carles] Alena, [Jose] Arnaiz and [Oriol] Busquets than other players at other teams.”

While the Catalans have a rich history of bringing through youth players in to the first team, they’ve made no secret of their desire to draft Coutinho in to the fold. After losing Neymar to French billionaires Paris St. Germain, Barcelona aren’t quite the team we’re used to seeing — though they’re hoping that the Brazilian play-maker can turn their fortunes around.

Now, whether or not Liverpool will be interested in doing business come January is up for debate, after losing out to Spurs in spectacular fashion at the weekend, they’ll almost certainly be in the market for a central defender this winter with another move for Southampton man Virgil van Dijk on the cards. The Dutchman, who has made his preference for Anfield well known, has already hinted that he could try to force the issue when the market re-opens in the new year and given the Reds comical defending this season, they club will be ready to stump up whatever it takes to get the 26-year old to Merseyside.

“Well I think it seems as though they’ve put all their eggs in the Van Dijk basket, let’s say,” mused Sky Sports pundit and former Nottingham Forest boss Stuart Pearce. “They were desperate to get him in the summer. That didn’t happen for whatever reason and they didn’t go for a second or third option,” added the Englishman, sounding a bit perplexed by that. “I think they will be sat here at this moment in time going back for Van Dijk in January. Hopefully that will be the case.”