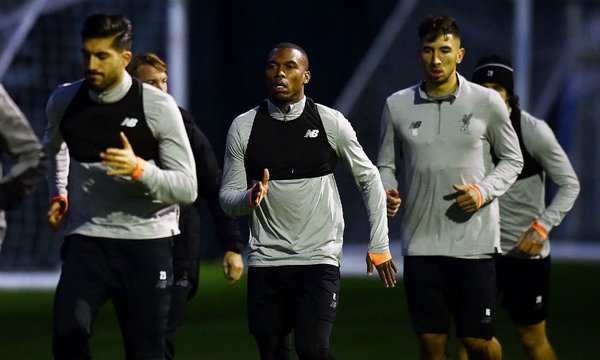 With yet another round of international fixtures just over the horizon, Liverpool will travel to West Ham United on Saturday with both clubs not only staring down a bit of an injury crisis, but looking for a much needed boost in the standings before the break.

The Reds, who are sitting just outside the top four, are being favoured at 1.62 to take all three-points at the London Stadium to keep up the pressure in the early race to secure Champions League football for next season. Their hosts, on the other hand, are down at the other end of the table and go in to the match a mere point off the drop zone and a long-shot at 5.00 to come out on top — for more info about betting on this game, check out what the top betting apps for Android have to say.

Hammers boss Slaven Bilic is feeling the heat in a big way with with the Croatian shortlisted as one of the next Premier League managers to get the sack. If that pressure isn’t bad enough, he’ll somehow have to navigate a Liverpool attack that’s once again finding it’s stride with a depleted back-line. Veteran fullback Pablo Zabaleta will miss out through suspension, James Collins is still sidelined with an ankle problem, Winston Reid remains doubtful after sitting out the draw with Crystal Palace and Jose Fonte, who picked up a knock against the Eagles, could also be on the treatment table come kick-off.

Although they’ve only lost two out of their last nine outings, the Hammers need to start putting real points on the board if they’re going to climb their way in to the right half of the table. Having thrown away what looked to be a sure win last weekend when Palace winger Wilfried Zaha bagged a last gasp equalizer, West Ham are being tipped at 3.90 to share the spoils again on Saturday, but with Chicharito keeping up his good start to the season and Andre Ayew bagging a stunner, backing the East London club to score more than once at 2.70 might be worth a flutter.

Considering the Reds have conceded an embarrassing 15-goals on the road, it’s hard to see how they’re going turn it around at the London Stadium. Dejan Lovren, who hurt his thigh in the warm-up against Huddersfield Town last weekend, will almost certainly miss out again, though Simon Mignolet should be restored to the starting eleven after watching from the bench as the Merseysiders eased past NK Maribor in the Champions League on Wednesday.

All of that’s seems a moot point considering Jurgen Klopp’s side will almost certainly give up at least one goal, but the real question is whether or not they’ll be able to grab a few of their own at the other end. Saturday will almost certainly come too soon for Brazilian play-maker Philippe Coutinho as he continues to work through an adductor injury and it looks like he’ll be joined in the stands by Georginio Wijnaldum after he picked up an ankle injury in the win over the Slovenian champions.

Still, Liverpool remain a force to be reckoned with and having scored six goals between their last two outings, they’re the favorites at 1.67 to take all three-points in London. Mohamed Salah, who scored his 10th goal since moving from AS Roma during the summer on Wednesday, will keep familiar spot up top with Roberto Firmino. On as a late substitute, Daniel Sturridge snatched the winner against Maribor and on the back of his excellent record against the Hammers the bookies have him at a tempting 1.85 to keep his scoring streak alive.

If we’re going to leave London with anything to show for our troubles, we’re going to have to bag a few — January, and a possible fix for our frail defense, feels like a world away. It feels a bit naughty to be moaning about transfers when the Hammers will be employing a makeshift defense, but that’s how we feel every match, isn’t it? Three-points on the road would suit me just fine and if Bilic is unemployed come Sunday morning, that’s hardly our fault.