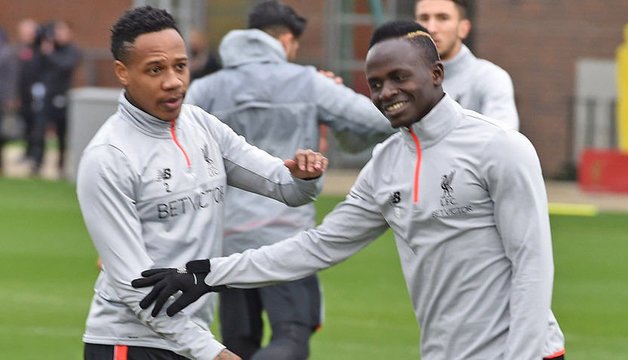 In a case of “too much, too soon”, Liverpool attacker Sadio Mane is on his way back to Merseyside to be assessed by the Reds medical staff after aggravating a hamstring injury that had previously kept him sidelined for a month. Hot on the heels of returning to action in the 4-1 win over West Ham United, the 25-year played his part as Senegal qualified for their first World Cup in 18-years — an outing that left his long-term fitness in question.

“First and foremost, I have to say big congratulations to Senegal on the achievement of qualifying for the World Cup; this is fantastic news for their country and the players – Sadio included,” said Liverpool boss Jurgen Klopp, speaking to the official website. “At this stage we haven’t seen Sadio yet to properly assess the extent, but what is clear is that we will have to stay on top of this for the rest of the week and make sure we are careful in how we look after him,” explained the German manager. “So, in this moment all I can really say with certainty is that we will assess Sadio as soon as he lands back in the country and make decisions on what rehab and treatment gives him the best chance of being back fit and strong for the important fixtures we have coming.”

If that news isn’t concerning enough, having already missed the first four months of the season, Reds fullback Nathaniel Clyne looks set to sit out another three after the defender underwent corrective surgery in London for his long-standing back problem.

The 26-year old last featured for the Reds back in July when he was part of the side that ran out winners against Tranmere Rovers in a friendly, but he won’t be back on the pitch anytime soon — a frustrating revelation for both club and country.

Even if he his fit enough to return to action in February, the likelihood of him being match ready in time to make a major contribution for Liverpool this season is highly unlikely and that’ll certainly make his chances of securing a spot — let alone a starting spot — in Gareth Southgate’s England side for next summers World Cup extremely difficult.