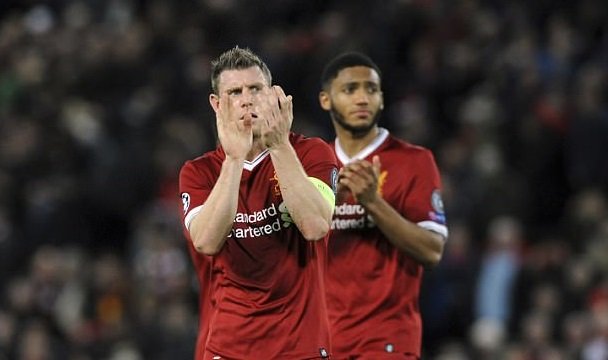 Dominate throughout, but failing to come up with all three-points at the end, Liverpool were left frustrated as a dubious Everton penalty saw the Toffees snatch a share of the spoils at Anfield.

“We had enough situations and enough chances to win the game, and other situations where it didn’t result in a clear-cut chance but that was down to a wrong decision or quality on the final ball,” said Reds vice-captain James Milner, speaking to the BBC at full-time. “We’re getting into those situations. I thought we played pretty well most of the game. One situation went against us, one decision, and we have to bounce back now,” added the veteran utility man. “There are a lot of games coming up so we have to make sure that [result] doesn’t halt the momentum.”

Although they stretched their Premier League unbeaten streak to six matches, the disappointment for the Reds was palpable following the full time whistle — so much so that you’d think they’d lost to Everton rather than drawn.

Liverpool will have a chance to set that right when the two sides meet in the third round of the FA Cup in early January, but for now they’ll have to get their heads down and refocus. The busy festive fixture schedule is about to swing in to full gear with the Merseysiders set to host struggling West Bromwich Albion on Wednesday before traveling to AFC Bournemouth at the weekend.

“That’s one of the positives,” said Reds defender Joe Gomez, looking ahead to the meeting with the Baggies. “Obviously it’s tough, it’s a gruelling schedule but it gives you a chance to try and fix it straight away,” continued the youngster, obviously perturbed following Sunday’s draw. “In the end it’s frustrating because we thought we were the better side. I think we dominated, that was clear with the football we played and so on,” stressed Gomez. “But we’ve got to take the positives from it: I think we all put in a good fight and we knew the importance of the game and what it means and we all did our best.”