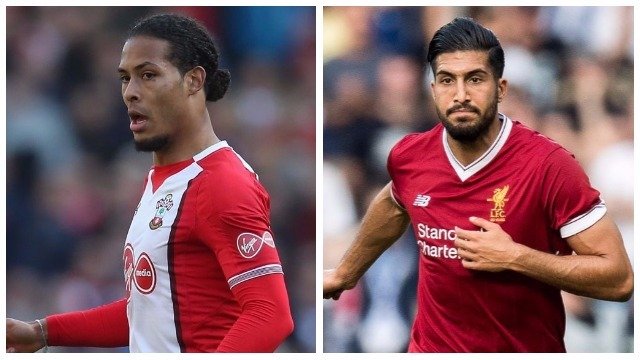 As the stalemate over Liverpool midfielder Emre Can’s new contract continues to drag on, a number of clubs have been keeping tabs on the German’s situation at Anfield. While Serie A giants Juventus still seem the most likely to sign the 23-year old should he choose to up stakes and leave Merseyside, the Italian’s aren’t taking anything for granted.

“Emre Can is a name doing the rounds because his contract is running down”, said Juve CEO Giuseppe Marotta, speaking to Mediaset Premium. “I won’t deny he is a player we too have monitored and many important clubs will try to close a deal over the next few weeks,” added the Italian, hinting that a number of clubs are in the running for his signature, but refusing to confirm whether or not they’ll make a move. “We are tracking the situation, nothing more.”

Considering that Manchester City have been touted as potential suitors, there’s no surprise that the Old Lady are being cautious with their proclamations. Can, who is able to start discussing terms with non-English clubs in January, has been more of less mum on the subject — though he hasn’t ruled out signing a new deal that would keep him at Anfield past this summer.

Liverpool, for their part, have made no secret of their desire to keep him at the club and while signing him remains a priority, solving their problems at the back will trump any other bit of business. Whether or not they’ll make a move next month remains to be seen, but there’s no question that Southampton defender Virgil van Dijk is Liverpool boss Jurgen Klopp’s top target. If the Saints can’t convince him to stay, they’ll look to wring top dollar out of whoever comes calling; prices in January are always inflated, but with the likes of City and Chelsea in the equation, the Dutchman’s price-tag will be extra hefty.

“Virgil is an important player,” said Southampton manager Mauricio Pellegrino, forced once again to discuss van Dijk’s future at the club. “I can’t control the market. I’m not the owner of the player. I can have my opinion and this I have give to the technical director, to the chairman, my opinion,” added the Argentine, growing tired of this line of questioning. “After the board can decide altogether which is the best for the team.”