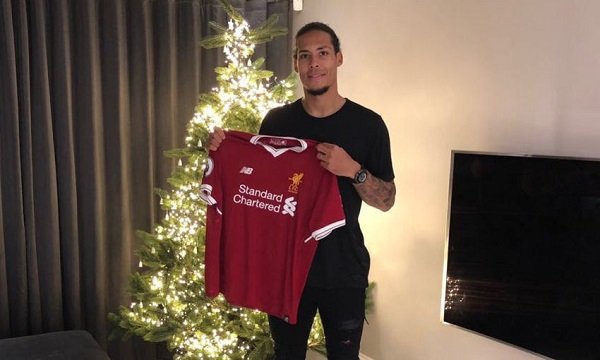 In what can only be described as a Christmas miracle, Liverpool will finally get their man with the official site confirming that Southampton have agreed to a massive £75mil bid from the Reds for want-away defender Virgil van Dijk.

Interest from the likes of Chelsea and Manchester City has never gone away and though both clubs retained an interest in the 26-year old, his desire to work with Liverpool boss Jurgen Klopp has kept the Merseysiders at the top of his list. The Netherlands defender, who was on the verge of a move to Anfield during the summer only for everything to go sideways, has been left out by the Saints in recent weeks with his form dipping and suggestions that his heart just isn’t in playing for the South Coast side anymore doing the rounds.

“I have to decide what’s best for the team and around Virgil there has been a lot of speculation,” explained Southampton manager Mauricio Pellegrino, speaking to the press after leaving him out for the defeat to Tottenham Hotspur yesterday. “We tried to do the best for the team,” continued the Argentine, hinting that maybe holding on to van Dijk was a mistake. “The board decided to try to keep our best player at the club. This situation is a big learning curve for everybody and now we decide what is the best for the club.”

The £75mil fee — which will eclipse the £52mil that City paid to Monaco for French fullback Benjamin Mendy in the summer — will make the Dutchman the most expensive defender ever. Set to be handed the number four shirt, van Dijk will officially complete his move to Anfield when the transfer window re-opens on the first of January. Becoming yet another player to trade the South Coast for Merseyisde, the Netherlands international will join Southampton alumni Adam Lallana, Sadio Mane, Dejan Lovren and Nathaniel Clyne on Merseyside.

More on this as football pundits begin loosing their collective minds…