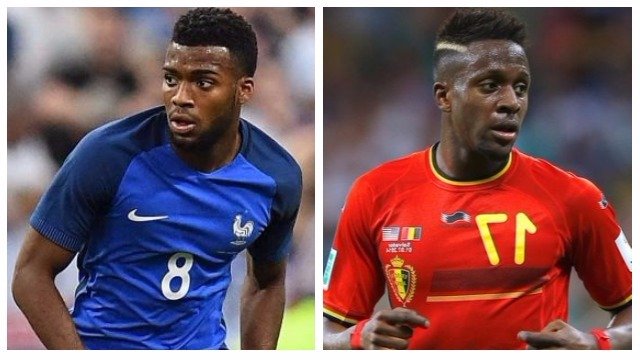 After initially ruling out parting ways with highly rated winger Thomas Lemar this month, it appears that AS Monaco have softened their stance on letting the winger leave the Ligue 1 side with both Liverpool and Arsenal apparently keeping tabs on the talented 22-year old.

Flush with cash and with a hole in their attack that needs filing, the Reds could be tempted to make a move for him this month with the player himself reportedly preferring a move to Anfield over the Emirates Stadium. Having already competed in the Champions League this season, Lemar would be cup-tied and unable to weigh in as the Merseysiders take on FC Porto in the Round of 16, but with their ambitions of finishing in the top four of the Premier League hanging in the balance, some extra fire-power can go a long way.

“We do not typically sell players in the winter transfer window,” admitted Monaco boss Leonardo Jardim, changing his tone from the hard-line stance he was taking last week. “But the month is long and many things could happen.”

At the other end of the spectrum, the Liverpool could very well be letting a few players leave this month with up and coming attacker Ben Woodburn and fellow Welshman Danny Ward being tipped with temporary moves to Sunderland to add some much needed support to former Dragons boss Chris Coleman. Strike duo Danny Ings and Daniel Sturridge are both under the microscope as well, but they both remain at the club for the time being — unlike Divock Origi.

The Belgian has already been farmed out to Bundesliga side VFL Wolfsburg and with his future at Anfield uncertain, he’s starting to consider staying in Germany on a permanent basis.

“I think everything’s possible,” said the 22-year old when asked about leaving Merseyside. “I focus on the here and now,” stressed Origi, not wanting to say too much too soon. “I have a good relationship with Liverpool, but feel really well here at Wolfsburg. We’ll sit down at the end of the season, and talk we’ll see what’s next,” added the Belgian. “Right now, I am here for another six months, and I am open for everything.”