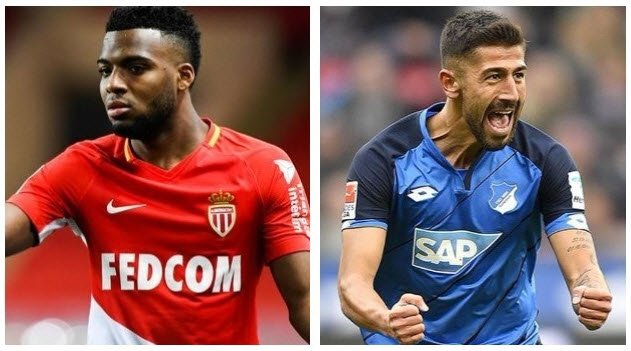 They may have missed out on signing him in January due to what Liverpool boss Jurgen Klopp has called “crazy money”, but it appears AS Monaco attacker Thomas Lemar hasn’t given up hope of a move away from the Ligue 1 champions with the Frenchman refusing to put pen to paper on a new deal.

Having allowed Philippe Coutinho to finally complete his move to Barcelona, the Reds flirted with bringing in the 22-year old to bolster their attacking options, but ultimately decided to hold off on making a move. As the end of January rolled closer, Monaco — who had changed their position on a sale more than once during the month — decided that he wasn’t going anywhere no matter what offer came rolling across their desk.

If he shines at the World Cup in Russia this summer his price is sure to balloon. Knowing this, the Monagasque outfit has put a new deal in front of Lemar, but the Frenchman so far isn’t interested in tying himself down. Underpaid in France in comparison to what he could be making in England, the winger is keeping his options open. Klopp, as we well know, likes his wingers and is keeping tabs on both Bayer Leverkusen attacker Julian Brandt and Borussia Dortmund wide-man Christian Pulisic, could end up not even tabling a formal offer for Lemar, but the club needs to draft in an attacking midfielder to fill the hole left by Coutinho.

There’s been no shortage of names linked with this role and in the merry-go-round of the press pool Hoffenheim attacker Kerem Demirbay is the latest play-maker to be tipped with a move to Anfield. The German, who reportedly has a £28mil release clause in his current deal, has also peaked the interest of Arsenal — much like the aforementioned Lemar.

And, in the same vein as the Frenchman, Demirbay is set represent his country at the World Cup this summer, but unlike the Monaco winger, his release clause means that his price can’t inflate in quite the same way. With 2-goals and 5-assists this season, the German attacker is yet to fulfill his potential, but with Klopp’s encouraging arm around him, he could very well be another diamond in the rough that comes good under the charismatic Reds gaffer.