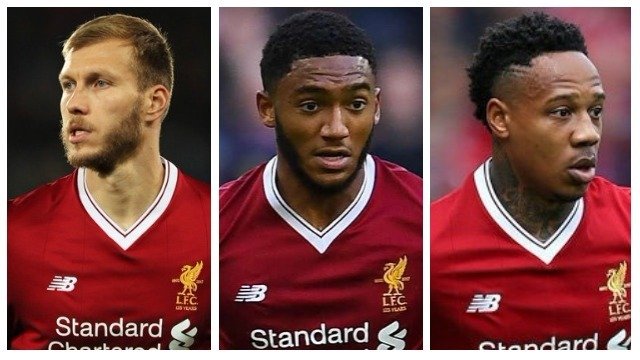 After easing past Southampton at the weekend, Liverpool are back in action tomorrow night as the Champions League knock-out stages gets underway. Speaking on the team’s plane en-route to Portugal, Reds boss Jurgen Klopp gave a quick update on the 25-man squad selected for the clash against FC Porto with a certain defensive trio of particular interest.

“We should be OK more or less – pretty much the only one who is completely out of the game on the plane is Emre Can because of his suspension. Raggy is good and he’s fit,” said the German manager, confirming the Estonian is ready to go before moving on to Joe Gomez. “I don’t know yet if he’ll be available on Wednesday, but I think he has a chance,” explained the the gaffer, keeping his cards close to his chest. “All he’s done so far has looked good, but it’s all been about waiting for the reaction. I saw him this morning, he looked good as well,” added Klopp. “I don’t want to make pressure or rush him; it would be cool if he is available but we will see.”

Liverpool, who hung on to third place in the Premier League following the comfortable win over the Saints, traveled to Portugal with a full contingent of players and will take part in a warm weather training camp after the Champions League duties. Porto, for their part, find themselves in a bit of an injury crisis with the likes of star defender Ivan Marcao and top scorer Vincent Aboubakar doubtful for the last 16 clash.

Although he’ll play no part on Wednesday — or anytime soon — Reds fullback Nathaniel Clyne make the journey to the continent after rejoining his teammates in full training earlier this week. A back injury has kept the 26-year old on the sidelines since the start of the season and though he had surgery back in December, he’s quickly working his way back to match fitness.

“Clyney is back; of course, it is absolutely too early to think about him, but he is back in normal training, so that’s cool,” enthused Klopp, clearly happy to have him back on the pitch. “He’s been training for two days but after that long of a break, it will take time until he is able to play.”