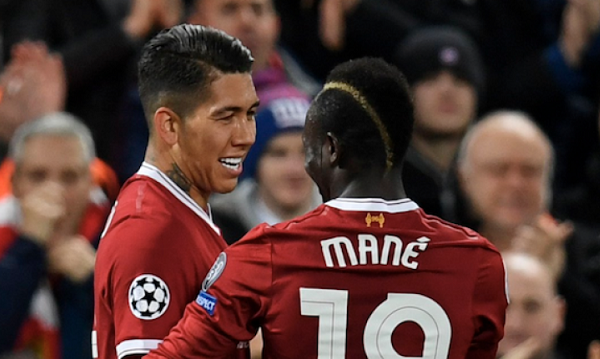 En-route to the quarter-finals of the Champions League and in the mixer for a place in the top-four with only ten matches left on the calendar, Liverpool’s dramatic turn around since an embarrassing loss to Tottenham Hotspur back in the fall has been something to behold and has Kopites around the world and the players themselves buzzing.

“Every single player would love to play in this team,” said Reds attacker Sadio Mane. “We are lucky boys and we are going to keep trying to work hard and give our best when we take our places on the pitch to continue to try and win the games,” explained the Senegalase winger. “I can sense that the club is moving in the right direction. There were a couple of difficult years at Liverpool a while back but those things happen to every single club in the world,” continued the former Southampton man. “At the moment we are in a good way so everything is possible. I think we have improved a lot in the past few months. We know that on our day we can beat any team in the world.”

Sweeping past West Ham United on Saturday, Liverpool temporarily jumped in to second place in the table — a remarkable achievement considering they were 9th after that loss to Spurs at the end of October. Sitting a mere two points back from bitter rivals Manchester United ahead of Saturday’s showdown with Newcastle United at Anfield, the Reds have done well to keep the pace in what’s been a frantic chase for a spot in next season’s Champions League.

Having improved their defense with the January addition of Virgil van Dijk, the Merseysiders are looking better balanced all over the park, but their strength continues to lie in their attack. Although they lost Philippe Coutinho to Barcelona last month, his departure hasn’t stunted Liverpool’s formidable front line with the likes of Sadio Mane, Mohamed Salah and Roberto Firmino continuing to score at a blistering pace — something may very well earn the Brazilian a trip to Russia.

“I can see Firmino playing with [Gabriel Jesus],” said Brazil boss Tite, hinting that he could be in line for a World Cup call. “Firmino is originally a 10 who always played with a nine. He is a 10 who learned how to play a nine,” mused the 56-year old. “Brazil has lacked alternatives in previous World Cups and it cost us big. That’s why I want to use [Philippe] Coutinho in midfield, Willian as [a] winger, playing with Firmino and Jesus together,” added the Brazilian. “We must enter the competition with preparation for any situation. Coutinho as the orchestrator of midfield with Willian on the wing is a possibility. So is playing Jesus and Firmino on top.”