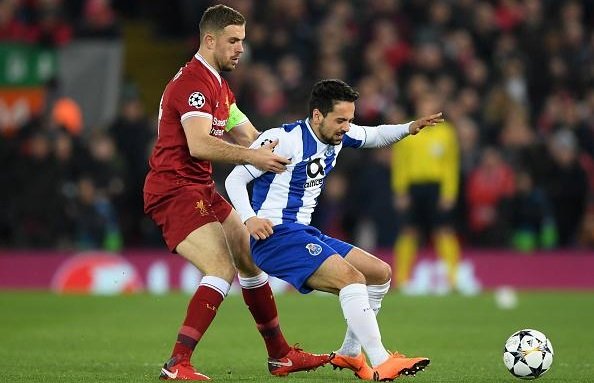 It might have been lacking the sensational football on display as Liverpool ran out 5-0 winners in the first leg of their Champions League round of 16 showdown with FC Porto, but when the Portuguese champions came to Anfield, a scoreless draw was more than enough to see the Merseysiders through to the quarter-finals.

“It feels good, to be honest. It feels really good. I cannot feel what people feel they wait so long for it, but it feels good and I know about it, of course. The last eight is cool,” enthused Reds boss Jurgen Klopp, speaking to the club’s official website. “We’re a little bit satisfied and it’s already good. I think it was time we showed up again,” explained the gaffer. “Good development in Liverpool in the moment, it’s a nice moment, but if you don’t show up in a competition like the Champions League then nobody really will realise it. I’m happy for all the people involved that we have made that step.”

With a showdown with top four rivals Manchester United looming at the weekend, Klopp was able to hand a number of key players some much needed rest; defensive duo Andrew Robertson and Virgil van Dijk didn’t feature despite the latter being held in reserve on the bench and attacking trio Mohamed Salah, Roberto Firmino and Sadio Mane only played a portion of the game.

In to the final eight for the first time since the 2008/2009 season, Liverpool remain one of the dark horses to win the competition. Still unbeaten and with the most goals scored out of all teams still in contention, the Anfield outfit are once again forcing Europe stand up and take notice.

“It doesn’t matter,” said Liverpool skipper Jordan Henderson when asked who he wants in the next round. “They are all big teams and good teams. Whoever you get, you’ve got to be prepared to go and win. So it doesn’t matter. We’ll be ready,” stressed the captain. “This is the business end of the season. The next few months are very important for us as a team, we’ve got some big games coming up,” continued Henderson, looking ahead to Saturday’s trip to Old Trafford. “We’ve got to keep going, keep working hard and put in performances like we have been – then the results will follow.”