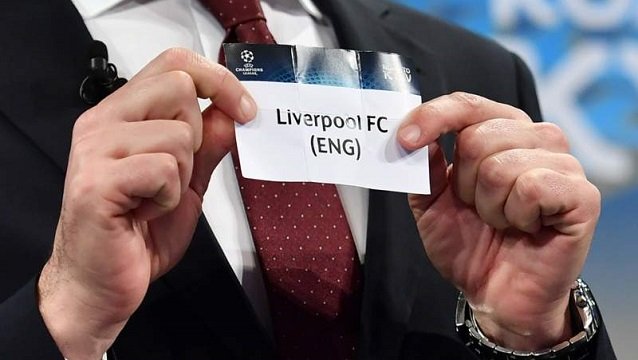 The traveling Kop are headed for the Eternal City after Liverpool drew Italian side AS Roma in the semi-finals of the UEFA Champions League.

The Giallorossi, who completed a dramatic comeback to beat the heavily favoured Barcelona in the quarter-finals, will travel to Anfield for the first leg on April 24th before hosting the Reds at the Stadio Olympico — where they put three past the Catalonians to win on away goals — in the second leg on May 1st.

“It is just the draw and I know it is very exciting, but it is good because the most important news is we are still in the competition. Whichever opponent we would have got, I would have said there is a chance because it is football – so there is a chance against Roma,” explained Liverpool boss Jurgen Klopp, reacting to the news. “But if anybody think this is the easiest draw then I cannot help this person; they obviously didn’t see both games against Barcelona,” stressed the German manager. “The second leg was outstanding, it was outstanding what they did. They should have probably won four or five-nil – I was really impressed,” added the gaffer. “It is work and no problem with that and now we are looking forward of course to the first game.”

Despite what Klopp says, avoiding the likes of Bundesliga bosses Bayern Munich and back-to-back Champions League winners Real Madrid and drawing Roma seems like the best case scenario, but after beating Manchester City in the quarter-finals they have to feel like they can take on all comers.

Scoring a first half treble before shutting up shop in the second, Liverpool made the short trip the Etihad Stadium as favorites for the second leg to win the tie, but an early goal from City striker Gabriel Jesus got the nerves going. A bit of controversy just before the break saw Pep Guardiola sent to the stands for remonstrating with the ref over a disallowed Leroy Sane goal and with the Catolonian out of the action, Mohamed Salah and Roberto Firmino both found the back of the net as the visitors secured safe passage to the semi-finals.