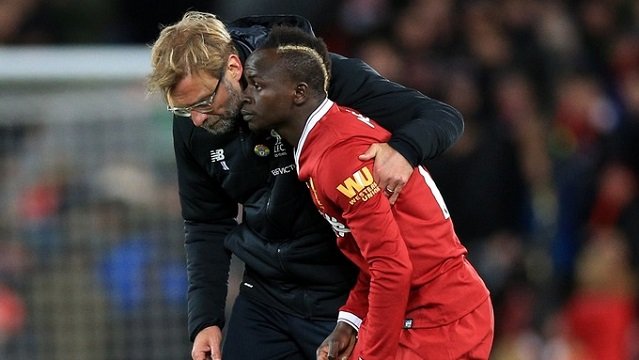 The second leg of Liverpool’s Champions League semi-final clash with AS Roma may be looming large ahead of next Wednesday’s trip to the Eternal City, but with their spot in the top four yet to be secured, the Merseysiders will have to focus on domestic priorities when Stoke City visit Anfield tomorrow.

There’ll be a handful of changes to the starting eleven that swept past the Giallorossi on Tuesday night as Reds boss Jurgen Klopp looks to manage the fitness of his players, but an injury to Alex Oxlade-Chamberlain means that the German manager has only three fit senior midfielders to choose from and the knock that Sadio Mane picked up in the closing stages means that the Senagalese attacker could be missing when the Potters come to town — though his injury isn’t even close to as bad as the stories swirling around yesterday would have you believe.

“He was only visiting a friend! Of course there is something. We will see,” said Klopp, easing fears that the Senegalese attacker is banged up. “It is not that serious. There is a chance for tomorrow. If we use that chance or not… it is quite early in the day,” continued the gaffer. “In these times, you always have to use each second and each minute, speak to the player, speak to the doctor, speak to the physiotherapists and all that stuff. At the end, you have to make a decision and I will make a decision.”

If he isn’t fit enough to face Stoke, he’ll almost certainly be raring to go at the Stadio Olympico come Wednesday evening. Unfortunately, that won’t be the case for Oxlade-Chamberlain, but it does sound like we’ve got a positive update on that front with the news that he hasn’t suffered any damage to his anterior cruciate ligament — which should speed up his recovery time. Although this hasn’t been confirmed by the club, they are hoping that he’ll be back in time for pre-season training in July.

“I have no words for that. I cannot believe that this wonderful player and person in such a positive situation helping the team, making such a clear challenge, had this happen to him,” said the Reds manager. “It’s just a shame. It’s not fair to be honest but that’s how life is sometimes,” mused the German. “They say if you get a lemon make lemonade out of it and that’s what we have to do,” quipped Klopp, trying to lighten the mood. “That’s what Alex is doing. He’s a positive person and he will be back. I’ve told him already that we will wait for him like a good wife when a man is in prison!”