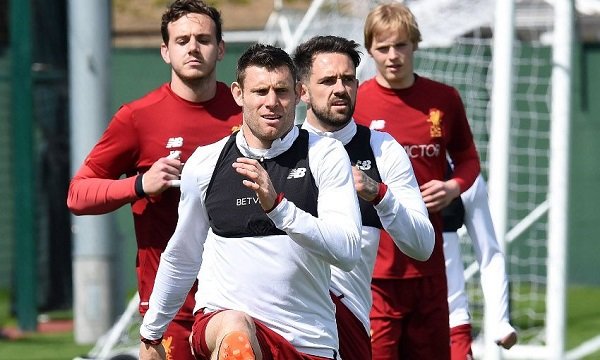 Defending an unbeaten Premier League run at Anfield that now stretches back to over a year, Liverpool will be hoping to not only keep that impressive record intact, but also further secure their place in the top-four when Stoke City roll in to town tomorrow.

While the Reds, who are gearing up for the second leg of their Champions League semi-final with AS Roma on Wednesday, are aiming to play top-class European football for the second year running, the Potters have an altogether different task at hand as Paul Lambert’s side fight to stay in the top-flight. Winless in their last eleven and up against a Liverpool team that scores goals for the fun of it, the visitors aren’t being given much of a chance by ibet789 or the other bookies, but after watching Jurgen Klopp’s side throw away a two goal lead to draw with fellow relegation rivals West Bromwich Albion last Saturday, they have to feel like they’ve got a chance of getting something at Anfield.

And, if it’s only a point, that’ll suit them just fine. Level with Southampton and four off of 17th placed Swansea City, Stoke need points in a real big way, but they’ll be traveling to Merseyside with something of a depleted squad. Still sidelined, Potters forward Maxim Choupo-Moting is set to miss out and that may not have been such a problem if Lambert was ready to consider bringing attacking duo Saido Berahino and Jese back in to contention, but the pair will not feature as they continue their exile from the first team following an on-field bust up.

Former Liverpool defender Glen Johnson is unlikely to be fit in time to face his old club and neither will fellow fullback Kostas Stafylidis as he nurses a rib injury. Jack Butland, who has been linked with a move to Anfield as of late, should be between the sticks and Peter Crouch, who remains a favorite among the Kop faithful, will almost certainly play a part.

Where Lambert will be looking to put out his best team possible, Klopp will need to make some concessions.

“We have not a lot of time between the games so I prefer to wait until the last second until I have to make the decisions. That’s about the boys who have a few little things [fitness issues] from the [Roma] game,” said the German manager, speaking to the press at Melwood earlier today. “My line-up, or the idea for the line-up is to win the game – that’s the only thing I can think about,” stressed the gaffer. “But there will not be 1,000 changes because we don’t have the opportunity and because it’s a Premier League game and it’s very important, obviously, for both sides. So there’s nothing to think about about ‘resting’, it’s only to line up a strong side and try everything to win the game.”

Sadio Mane, who picked up a slight knock in the closing stages of the win over Roma, will likely sit this one out and there’d be little surprise if one of Roberto Firmino or Mohamed Salah started on the bench with the either Danny Ings, Ben Woodburn or Dominic Solanke drafted in to the front three. Klopp, of course, doesn’t have much leeway in the middle of the park following Alex Oxlade-Chamberlain’s season ending injury, so the midfield trio of Jordan Henderson, James Milner and Georginio Wijnaldum are expected out there from the start.

Thankfully in the back-line the German can switch things up and Joe Gomez, Ragnar Klavan and Alberto Moreno should all come in to the side, but there’s unlikely to be any changes between the sticks with Loris Karius keeping his place.

To be fair, it doesn’t really matter, does it? We just need to get the job done. Three-points on Saturday and we’re almost guaranteed a spot in the top four and Champions League football next season. Get that sorted and then we can get back to the real matter at hand and focus on winning the whole shebang for a sixth time.